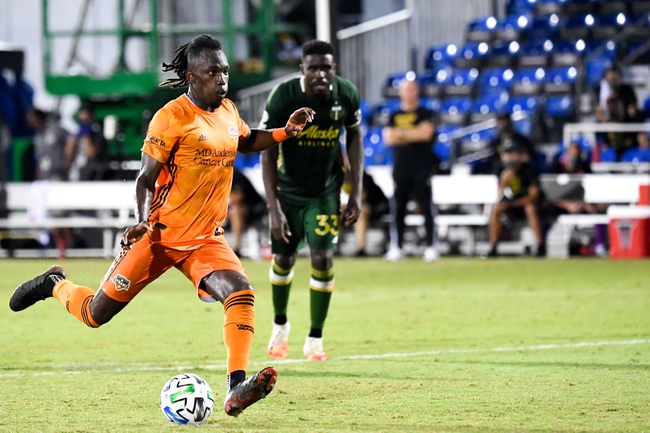 The LA Galaxy and Houston Dynamo face off in the group round stage of the MLS is back tournament from Orlando on Thursday. Both of these teams have already played two games so far and this is their final game in the group stage. There will be no fans in attendance for this game.

The Houston Dynamo currently sit with one point in the tournament and they need to win this game if they want a chance to advance. In the first game of this tournament, the Dynamo faced off with LAFC and in that game they scored three goals which was quite impressive. The offense was good, but the defense struggled letting them down giving up three goals.

On the other side of this matchup is LA Galaxy who had high expectations coming into this tournament, but they haven’t been able to pick up a point yet. In the first game of this tournament the Galaxy struggled against Portland. In that game, Portland gave up a goal in the 59th and 66th minute and the offense couldn’t make up for it.

In the second game the LA galaxy did score two runs, but the defense let them down giving up six goals and that led to the loss.  In that game, the Galaxy really struggled to slow down Diego Rossi who put up four goals.

One of the big issues for the Galaxy is they are without Javier Hernández who is one of the best players in the MLS but he is hurt and won’t play in the rest of this tournament. Not having him is a big loss for the squad.

The LA Galaxy’s defense is suspect and the Houston Dynamo are going to take advantage of that. Back the Dynamo to run up the score and win this game on the money line.

Get Premium Picks Start Winning Now »
The pick in this article is the opinion of the writer, not a PickDawgz site consensus.
Previous Pick
Lazio vs. Cagliari 7/23/20 Serie A Soccer Prediction and Picks
Next Pick
LAFC vs. Portland Timbers - 7/23/20 MLS Soccer Picks and Prediction