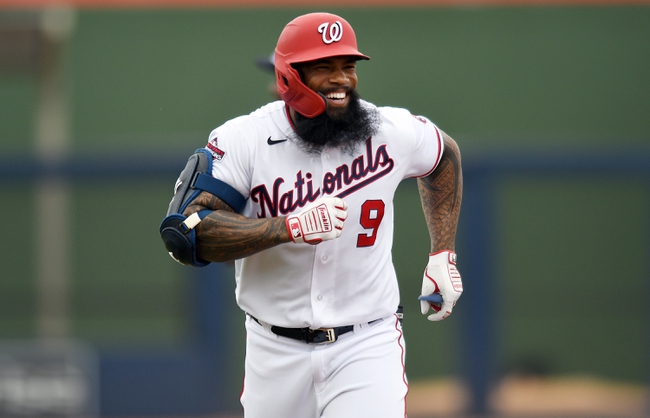 The Washington Nationals had an excellent regular season during 2019, as the organization finished 24 games above the .500 mark. The Nationals will be hoping to get off to a fast start in this shortened 2020 campaign.  Let’s take a closer look at the roster, schedule, and the current odds for the regular season and postseason play.  Get MLB predictions at Pick Dawgz.

Roster: The Nationals will be looking to put together another potent lineup for this season.  However, as some players have been on the fence about playing this year due to the Coronavirus, certain players have decided to sit out this year.  Two of those players are on the Nationals.  Ryan Zimmerman and Joe Ross have made the decision to sit out the entire season due to these uncertain times.  Therefore, the Nationals will be looking to fill a few voids in the coming days and weeks.  The Nationals still have a stout lineup without Zimmerman, as Washington will be turning to Trea Turner, Juan Soto, and Eric Thames. The lineup will be without Anthony Rendon, as he moved on after the 2019 season.  The pitching rotation should still be one of the best in the National League, led by Max Scherzer and Stephen Strasburg.  For more on the Nationals roster, check out the original team preview.

Current Odds: The Nationals have an over/under win total that has been set at 33.5 by oddsmakers, while having +1800 odds to win the World Series.  I originally liked the Nationals chances to cover their win total that was based on a 162 game season, but this new schedule has a different feel to it.  Washington will have one of the tougher schedules in baseball, as the Nationals will have to face 6 teams that had at least a .500 record of better a season ago.  This is a team that should finish near this win total, but due to the schedule being so potent, I’m going to side with the under in this spot.  I look for the Nationals to finish with a winning record, but fall just short of the 33.5 win total.