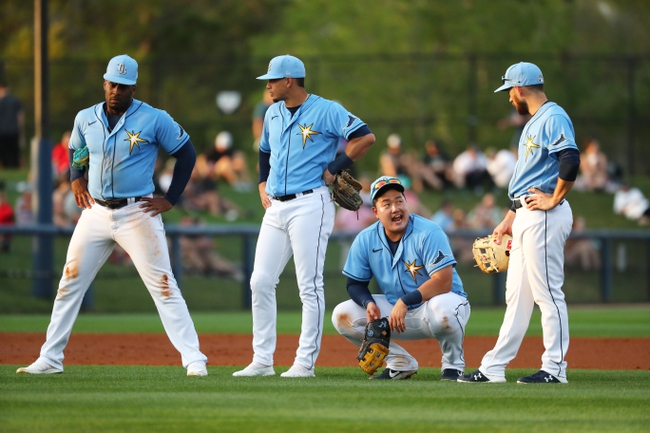 The Tampa Bay Rays will once again be looking to compete in the American League East, as the Rays finished 30 games above the .500 mark last season.  The Rays will be trying to mirror their success from last season, but finishing 30 games above .500 will be tough, as the 2020 campaign will consist of just 60 games. Let’s take a closer look at the Rays roster, schedule, and their current odds for the regular season and postseason play.  Get MLB predictions at Pick Dawgz.

Roster: The Rays have a lineup that displays young talent and veterans.  One key move the Rays made during the offseason was Tampa Bay acquired Jose Martinez in a trade from St. Louis.  Martinez while having the ability to play 1st base and outfield, will more than likely serve as the designated hitter.  The former Cardinal hit .269 last season with St. Louis, while blasting 10 home runs and knocking in 42 runs. Across 398 games with the Cardinals, Martinez recorded a .298 average, while hitting 41 home runs.  The new Rays hitter should be able to make an impact in this lineup.  Tampa Bay also has the likes of Ji-Man Choi, Yandy Diaz, and Austin Meadows that will return for the 2020 lineup.  Outside of the hitting, Tampa Bay has a legit pitching rotation, led by Charlie Morton and Blake Snell.  For more on the Rays, check out the original team preview.

Schedule: The Rays just like the rest of the MLB will play teams closest in proximity.  Therefore, the Rays will play teams from the American League East and the National League East.  The Rays opponents include: Baltimore Orioles, Boston Red Sox, New York Yankees, Toronto Blue Jays, Atlanta Braves, Miami Miami Marlins, New York Mets, Philadelphia Phillies, and Washington Nationals.  Tampa Bay will play 40 games against the AL East, while playing the other 20 games against the NL East.

Current Odds: The Rays have seen their projected over/under win total set at 33.5, while having +1700 odds to win the World Series. Tampa Bay has a solid lineup offensively, but it will be their pitching that should carry this team. The Rays had a team earned run average last season of 3.65.  Tampa Bay has an impressive top 3 pitching rotation with Morton, Snell, and Tyler Glasnow.  Ryan Yarbrough and Yonny Chirinos are expected to round out the rotation. The Rays also have a stout bullpen led by Diego Castillo and Nick Anderson.  While the Rays may not score a ton of runs game in and game out, the pitching staff will keep them in games.  The offense will do enough to help out this pitching staff and therefore I’m taking Tampa Bay to cover this win total of 33.5. The Rays will make some noise come postseason time.