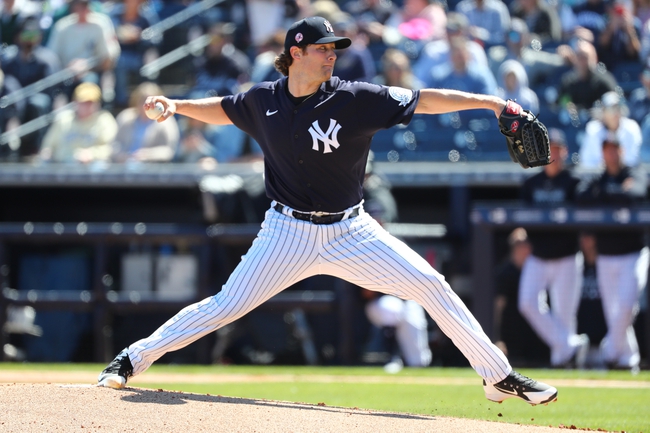 The New York Yankees look to be primed yet again for another impressive season.  While the Yankees originally looked like they would head into the season with a few key players injured, this break has been very helpful to the Yankees.  The Yankees finished the 2019 season 44 games above the .500 mark and will be looking to finish well above the .500 mark in the shortened 2020 campaign.  Let’s take a closer look at the Yankees roster, schedule, and current odds for the regular season and postseason play.  Get MLB predictions at Pick Dawgz.

Roster: The Yankees have a loaded lineup offensively.  While Aaron Judge and Giancarlo Stanton stick out, there are a lot of other talented players in this lineup.  Luke Voit smacked 21 home runs, recorded 62 rbis, and totaled a .263 batting average.  DJ LeMahieu quietly hit .327 last season, while registering 26 long balls and 102 rbis.  New York is loaded from top to bottom and displays a lineup that pitching staff aren’t a fan of facing.  Pitching wise, the Yankees have the likes of Gerrit Cole, James Paxton, and Masahiro Tanaka in the top 3.  Not to mention the Yankees have a stout bullpen.  For more on the Yankees roster, check out the original team preview.

Current Odds: The Yankees have seen their win total set at 37.5, while having +400 odds to win the World Series.  Those odds are the second best, only behind the Los Angeles Dodgers (+380). The Yankees should be able to do damage like usual inside their own division.  However, it’s when the Yankees face the NL East that New York should be able to pull away.  The Yankees should be almost back to 100 percent after this lengthy delay.  Therefore, I’m going with the Yankees to cover this win total of 37.5.  New York has way too much fire power to not find ample amounts of success during the 2020 campaign.