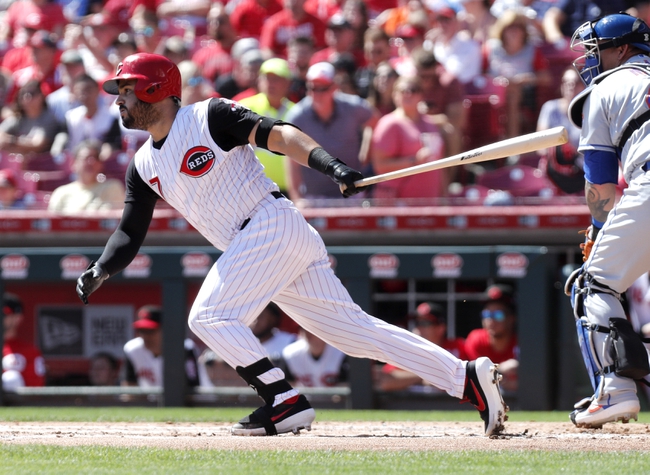 The Cincinnati Reds are hoping their win percentage will be better during this shortened 2020 campaign. The Reds finished 8 games below the .500 mark a season ago.  The Reds will be looking to hit their way to victories, as Cincinnati improved their lineup during the offseason. Let’s take a closer look at the Reds roster, schedule, and current odds for the regular season and postseason play.  Get MLB predictions at Pick Dawgz.

Roster: The Reds brought in outfielder Nicholas Castellanos to help improve the offense and defense for the 2020 season.  Castellanos drilled 27 home runs and knocked in 73 runs last year, while playing for both the Chicago Cubs and Detroit Tigers. The newly acquired outfielder will only help the Reds lineup, as Cincinnati already has Joey Votto, Eugenio Suarez, and Mike Moustakas. The Reds will be set on offense, it will be the pitching that will need improvements. Cincinnati saw its pitching staff record a 4.18 earned run average during the 2019 season.  Luis Castillo will be looked at again to lead this staff, as the right hander registered a 15-8 record during 2019.  Sonny Gray shined in his first season as a Red, recording a 2.87 earned run average.  The Reds will need a guy like Trevor Bauer to have better outings then the 10 outings he had after the trade deadline for Cincinnati.  For more on the Reds roster, check out the original team preview.

Current Odds: The Reds have a projected win total set at 31.5 for the 2020 season, while having World Series odds of +2600.  The Reds have an average schedule, as Cincinnati should see some wins that are recorded stress free, while other opponents could make it tough for the Reds to compete.  Cincinnati should be able to stick with opponents on offense thanks to their hitter friendly ballpark.  However, the hitter friendly ballpark could cause trouble for the Cincinnati pitching staff.  I like the chances for Cincinnati to move up in the NL Central this year, as the Reds offensive lineup should be able to steal some wins where the Reds are underdogs.  The wins may not always be pretty for Cincinnati this year, but I’m going to take the over on this win total of 31.5.