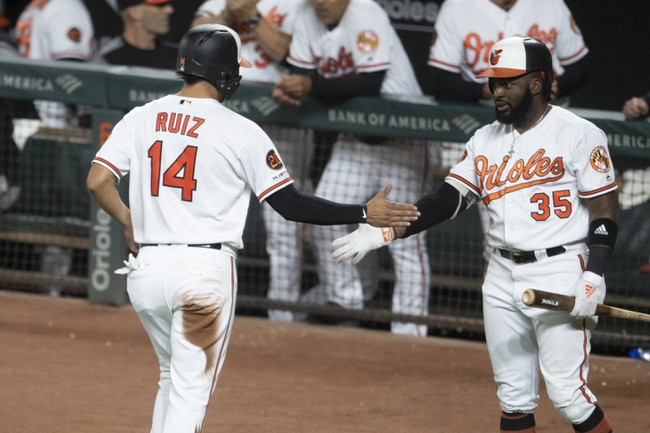 The Baltimore Orioles will be looking to continue improving their winning percentage, as the Orioles have seen their wins increase over the last two seasons.  The Orioles will need to get off to a faster start this season, as the shortened campaign for 2020 is just 60 games.  Let’s take a closer look at the Orioles roster, schedule, and current odds for the regular season and postseason play.  Get MLB predictions at Pick Dawgz.

Roster: The Baltimore Orioles will need a team effort game in and game out, as the Orioles don’t have too many “scary” bats in the lineup.  Chris Davis is back for Baltimore and he will be hoping he can avoid the dreadful start he got off to during the 2019 season.  Outfielder Dwight Smith Jr. had some bright spots last season, as the outfielder hit 13 home runs, driving in 53 rbis, totaling a .241 average.  The team will be hoping 2nd baseman Hanser Alberto will be able to mirror his 2019 campaign.  Alberto recorded a .305 average, while hitting 12 long balls and knocking in 51 runs.  If the Orioles want to stay in games, Baltimore needs another good year out of their 2nd baseman. On the pitching side, John Means will look to build off of his 12-11 record and 3.60 earned run average from 2019.  For more on the Orioles, check out the original team preview.

Schedule: The Orioles will take on teams out of the American League East and the National League East during 2020.  The Orioles opponents for the 2020 season are: Boston Red Sox, New York Yankees, Tampa Bay Rays, Toronto Blue Jays, Atlanta Braves, Miami Marlins, New York Mets, Philadelphia Phillies, and Washington Nationals.  Baltimore will play 40 games against teams inside their AL East division, while playing 20 games against the NL East.

Current Odds: The Orioles have seen their win total projection set at 20.5, while the oddsmakers have given Baltimore +33000 odds to win the World Series.  Those odds are the worst odds in the MLB, tied with 5 other organizations.  Baltimore will need a lot to go right for the Orioles to surpass this win total.  The Orioles have a tough mountain to climb to cover this win total, as Baltimore has one of the tougher schedules in this shortened season.  I’m taking the under in this spot, as Baltimore does not have the level of talent that the majority of these 9 teams have.