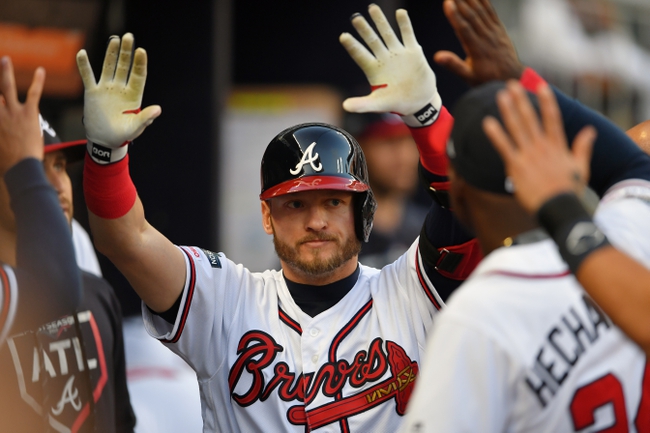 In the MLB, free agent signings can turn a team into a contender or a pretender. Overpaying for digressing players, or grabbing a great deal with a player who has upside is apart of the game. Teams try their best to add as many assets to their ball club as possible, while still saving as much money as they can. We have already seen some of the bigger names find their destinations, Gerrit Cole to the Yankees, Anthony Rendon to the Angels, Madison Bumgarner to the Diamondbacks, and others. There are still quite a few talented players left in the free agent pool. These are the types of guys that can make teams far more competitive than before.

In the catcher position, there are not too many guys that are very intriguing when it comes to MLB starter potential. Some of the more notable names are, Wellington Castillo, Russell Martin, Jason Castro, and Matt Wieters. Most likely, none of these guys will be starters in the MLB this season; however, they can be used as veteran aid as backups for more promising, younger catchers.

The first base position has always been one of the more deep positions in baseball. A first baseman typically can provide good power, a stat that has become more and more imperative in the MLB every season. With home-run records being broken every year, these first baseman, and other sluggers in the league, have a lot more value. The notable free agent first baseman go as followed: Matt Adams, Mitch Moreland, Neil Walker, and Ryan Zimmerman. These guys are all in their 30s, but they can still add a lot of value to many different rosters in the league.

The middle infield is very important for a team's success in the MLB. In today’s game, we see more and more players learning multiple positions, especially infielders, as utility guys are far more valuable than players that only know how to play one position. Some of the more notable second baseman free agents left are: Chris Owings, Brock Holt, Brian Dozier, Starlin Castro, Scooter Gennett, and Eduardo Nunez.

The hot corner position of third base is mainly dependent on fielding. Third basemen in today’s game needs to be able to not only hit well, but field the ball with at least league average ability. Notable players left at this position are: Josh Donaldson, Todd Frazier, Pablo Sandoval and Asdrubal Cabrera.

The shortstop position is getting thinner and thinner every season. There are not too many elite players at shortstop, therefore signing one can make a team very special. Just like the rest of the infield, shortstops in the game today typically can play multiple positions, like second and third base. Some of the more notable free agent shortstops still available are: Jose Iglesias, Jordy Mercer, and Adeiny Hechavarria. These guys would be good fits for teams that are thin on infielders.

The outfield, as expected, is probably the deepest when it comes to free agents still available. There are still many guys that can be everyday starters in the MLB on almost any team. Some of the more notable names are: Corey Dickerson, Hunter Pence, Marcell Ozuna, Billy Hamilton, Cameron Maybin, Carlos Gonzales, Yasiel Puig, and Eric Thames.

Designated hitters do not usually get the big bucks when it comes to signing with a team as a free agent. Most of these guys (if not all of them), are older and cannot field. They do provide powerful bats, however, and can boost an American League team’s offense significantly. The notable free agent DH’s are: Edwin Encarnacion, Kendrys Morales, Hanley Ramirez, Mark Reynolds, and Mark Trumbo.

Like outfielders, there are still a good amount of starting pitchers left in free agency. Although most of the guys remaining may not be aces, they can still be important for a teams rotation, or even bullpen. Some of the players in free agency as starting pitchers are: Homer Bailey, Matt Harvey, Rich Hill, Matt Moore, Shelby Miller, Alex Wood, and Drew Smyly.

Just as starting pitchers, there are still a ton of relief pitchers that could aid most team’s bullpens. The list of available relief pitchers is long, but some of the more notable names are: Cody Allen, Will Harris, Collin McHugh, Arodys Vizcaino, Tony Sipp, Jonny Venters, Matt Grace, and Hector Rondon.

Of course, some teams more than others are in need of these types of players. The Miami Marlins, who have been rumored to be interested in Yasiel Puig, seem to be ready to take the next step after a string of disappointing seasons. The New York Mets, who just signed reliever Dellin Bentances to an affordable one year deal, are still expected to make some more noise this offseason. Teams like the Yankees, Dodgers, Red Sox, and Cubs are always players when it comes to signing players to fill certain voids. With the MLB spring training only two months away, these free agents will look to find a team and a contract that works for both them, and the club.

The pick in this article is the opinion of the writer, not a Pick Dawgz site consensus.
Previous Pick
Houston Astros vs. Washington Nationals - 10/30/19 MLB Game 7 World Series Pick, Odds, and Prediction