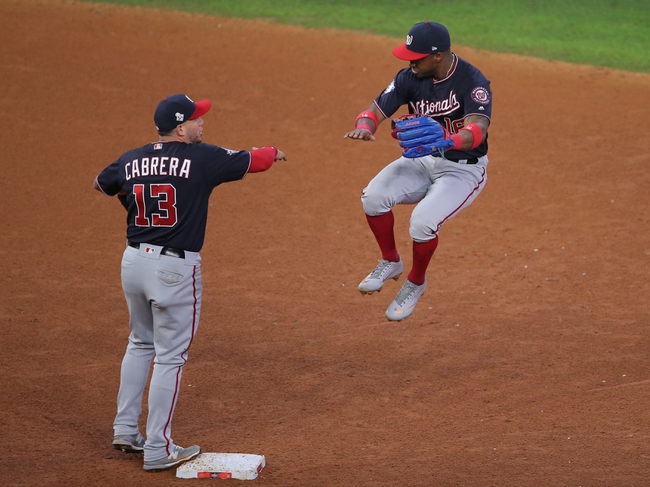 The Washington Nationals and the Houston Astros will match up for Game 7 of the World Series in MLB action on Wednesday.

This epic series is all tied up at 3-3. Washington took the first two games in Houston 5-4 and 12-3, then the Astros fought back with three straight wins 4-1, 8-1 and 7-1 as the Nats couldn’t score. Washington finally got the bats going in Game 6, riding behind a great Stephen Strasburg performance to a 7-2 victory to push this one to a decisive Game 7.

The Nationals will turn to Max Scherzer for the Game 7 start, and it’s now something of a blessing that he was out for Game 5 with a stiff neck. Scherzer did some full-motion warmups prior to Game 6 and looks good to go.

As for Houston, they'll be rolling with Zack Greinke to try to drive the team home to another title, and the pressure is on as he's had a shaky playoff run.

It doesn’t look like Scherzer will be limited or on a pitch count here, and provided everything goes smoothly and he doesn’t suffer any setbacks it should be full speed ahead for the Nationals ace. That's awesome news for Washington, as Scherzer has been steady in the playoffs thus far.

Greinke should be solid here as long as he can get off to a good start and shake off the demons of a rough postseason, but it’ll be all hands on deck for Houston as they scramble to find their offensive rhythm again, and given what’s transpired in this series so far pretty much anything could happen. I’ve been on Houston pretty much the entire World Series (and been wrong as many times as I've been right), and I’m not going to waver here. That said, I’m staying away from this one as Washington has showed some muscle and fortitude at a level I didn’t think they were capable of. I’m hesitantly picking the Astros, but who knows? It should be one heck of a Game 7, though.