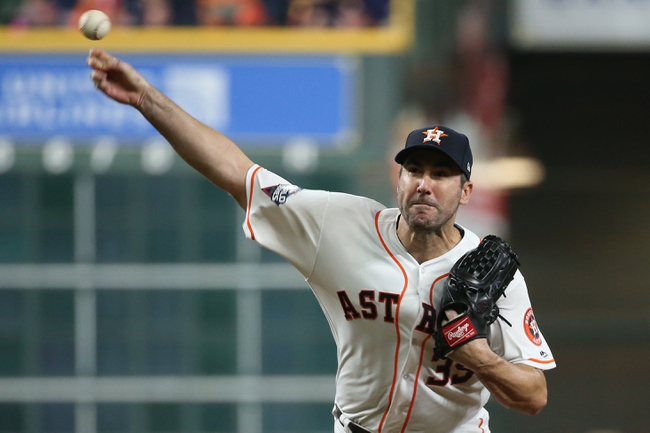 The Washington Nationals and Houston Astros meet Tuesday in game six of the World Series at Minute Maid Park.

The Washington Nationals need a win to force a game seven on Wednesday. The Nationals pitching staff can get a lot of blame for these three straight losses, but they’ve also scored just one run in all three games. The Washington Nationals are 2-5 this postseason when allowing four or more runs. Anthony Rendon leads the Nationals with 16 hits and nine RBI while Howie Kendrick and Juan Soto have combined for 30 hits and 22 RBI. Stephen Strasburg gets the ball, and he was 18-6 with a 3.32 ERA and 251 strikeouts this season. Strasburg is 5-2 with a 1.34 ERA and 64 strikeouts in his postseason career.

The Houston Astros can win their second World Series in three years with a victory here. The Astros have seen their offense come to life, scoring a combined 19 runs in their last three games. The Houston Astros are 8-1 this postseason when scoring at least four runs. Jose Altuve leads the Astros with 24 hits and eight RBI while Michael Brantley and Yuli Gurriel have combined for 35 hits and 16 RBI. Justin Verlander gets the ball, and he was 21-6 with a 2.58 ERA and 300 strikeouts this season. Verlander is 14-10 with a 3.35 ERA and 202 strikeouts in his postseason career.

Strasburg has allowed 25 hits and six earned runs in his last 28 innings and held these Astros to two runs in six innings earlier this series. Verlander has allowed 25 hits and 14 runs in his last 30.1 innings and allowed seven hits and four runs when he faced these Nats earlier. We hit on Strasburg and the big plus money before in this series and the road team has won every game, but it feels like the Astros have found their groove offensively and have every ounce of momentum. The Washington Nationals had chance after chance to put this thing to bed and couldn't close the deal. Now the offense is alive and Verlander is a machine at home usually. Astros win the World Series, and I'll take the RL for added value.

If this is truly the end of the baseball season, see you guys again in a few months!

Get Premium Picks Start Winning Now »
The pick in this article is the opinion of the writer, not a Pick Dawgz site consensus.
Previous Pick
Washington Nationals vs. Houston Astros - 10/27/19 MLB Pick, Odds, and Prediction
Next Pick
Houston Astros vs. Washington Nationals - 10/30/19 MLB Game 7 World Series Pick, Odds, and Prediction