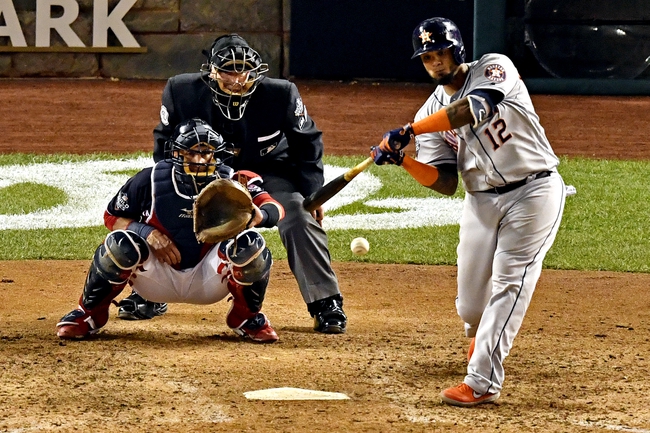 The Washington Nationals and the Houston Astros meet in game six of the World Series from Minute Maid Park on Tuesday night.

The Washington Nationals will look to bounce back and tie the series and force a game seven after dropping game five on Sunday by a final score of 7-1 to give Houston a 3-2 series lead. Juan Soto’s solo home run was the lone RBI that the Nationals would plate in the losing effort, going 2 for 4 at the dish while Howie Kendrick and Yan Gomes each had a base hit as the Nationals had just four hits as a team in the losing effort. Joe Ross ended up with the defeat after giving up four runs on five hits over five innings of work. Stephen Strasburg will start game six and is 4-0 with a 1.93 ERA and 40 strikeouts this postseason.

The Houston Astros will look to complete the comeback and win the World Series at home after sweeping the Nationals in Washington with their game five victory. George Springer, Yordan Alvarez and Carlos Correa each had a home run and two RBIs with Alvarez going 3 for 4 at the dish while Springer went 2 for 3 with a double as well. Yuli Gurriel added an RBI to finish off the Astros’ scoring as a team in the win while Martin Maldonado and Jose Altuve each had a base hit as well. Gerrit Cole got the win to atone for his game one loss after allowing just one run on three hits while striking out nine over seven innings of work. Justin Verlander will start game six and is 1-3 with a 4.15 ERA and 35 strikeouts this postseason.

I fully understand Houston being favored at home with Verlander on the mound, especially after taking the three games in Washington in convincing fashion. However, Verlander hasn’t been great this postseason, and there’s still that elephant in the room that JV is 0-4 with a 5.67 ERA in 5 career World Series games. The Nationals have already gotten to Verlander once this series, and with the way Strasburg has been lights out on the other side, I think this series has a good chance at going seven games which was my original prediction before the series started. The road team has won all five games in this series, so I’ll look for that to continue and take a shot with Washington and the plus money to force a game seven on Wednesday.

Get Premium Picks Start Winning Now »
The pick in this article is the opinion of the writer, not a Pick Dawgz site consensus.
Previous Pick
Washington Nationals vs. Houston Astros - 10/27/19 MLB Pick, Odds, and Prediction
Next Pick
Houston Astros vs. Washington Nationals - 10/30/19 MLB Game 7 World Series Pick, Odds, and Prediction