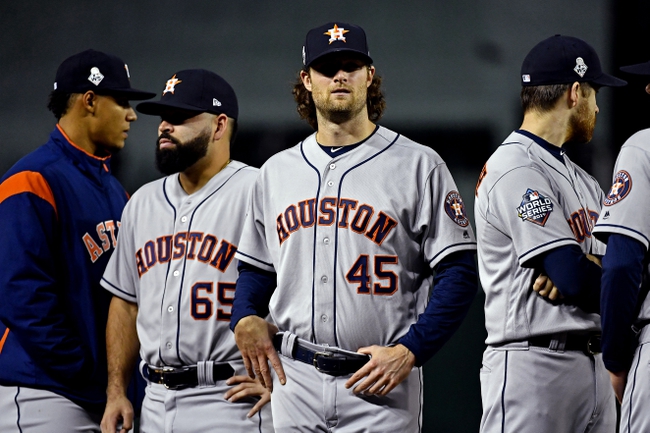 The Houston Astros and Washington Nationals meet Sunday in game five of the World Series at Nationals Park.

The Houston Astros can take control of this series with a third straight win and a 3-2 lead. The Astros has scored 12 runs in their last two games and they’ve now won seven of eight postseason games when scoring at least four runs. The Houston Astros have also won four of their last five postseason road games. Jose Altuve leads the Astros with 23 hits and eight RBI while Michael Brantley and Yuli Gurriel have combined for 33 hits and 15 RBI. Gerrit Cole gets the ball, and he was 20-5 with a 2.50 ERA and 326 strikeouts this season. Cole is 5-4 with a 2.76 ERA and 69 strikeouts in his postseason career.

The Washington Nationals hope to stop the bleeding and win this game to take a 3-2 series lead. The Nationals pitching staff finally had a poor performance, allowing more than four runs for the first time since game three against the Dodgers. The Washington Nationals have lost five of their last seven games when allowing more than four runs. Offensively, Anthony Rendon leads the Nationals with 16 hits and nine RBI while Trea Turner and Howie Kendrick have combined for 29 hits and 13 RBI. Max Scherzer gets the ball, and he was 11-7 with a 2.92 ERA and 243 strikeouts this season. Scherzer is 7-5 with a 3.36 ERA and 134 strikeouts in his postseason career.