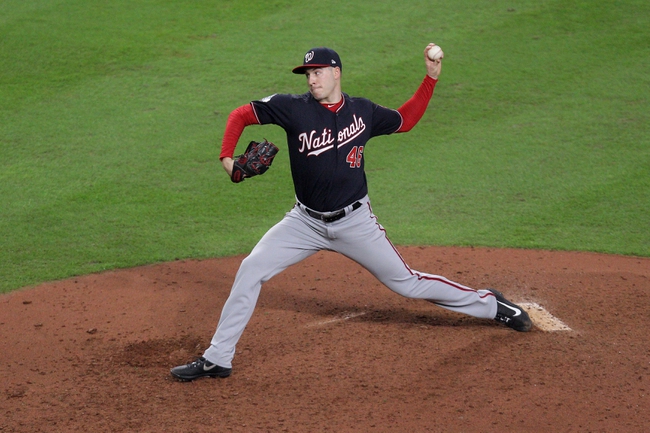 The Houston Astros and Washington Nationals meet Saturday in game four of the World Series at Nationals Park.

The Houston Astros looks to even up the series after a 4-1 win on Friday in game three. The Astros pitching staff finally returned to form, allowing just one run after giving up 17 runs in the first two games. The Houston Astros are now 8-2 this postseason when allowing four or less runs. Offensively, Jose Altuve leads the Astros with 21 hits and eight RBI while Michael Brantley and Yuli Gurriel have combined for 29 hits and 14 RBI. The Houston Astros will go with a bullpen game, so the starting pitcher doesn't matter much.

The Washington Nationals have another chance to put a stranglehold on this series with a win and 3-1 lead. The Nationals offense went down quietly, but the good news is the pitching showed up and has allowed four or less runs in each of their last nine games. The Washington Nationals will take their chances in this series as long as the pitching staff keeps dealing. Trea Turner leads the Nationals with 15 hits and three RBI while Howie Kendrick and Anthony Rendon have combined for 28 hits and 19 RBI. Patrick Corbin gets the ball, and he was 14-7 with a 3.25 ERA and 238 strikeouts this season. Corbin is 1-2 with a 6.91 ERA and 28 strikeouts in his postseason career.

The Houston Astros are going with a bullpen game, which is extremely risky and something I'm not too high on. You have to rely on way too many pitchers to be on their game for that to work, and I'm not running to the window to back a team unleashing that game plan. However, Corbin has been awful this postseason, allowing 12 hits and 11 earned runs in 14.1 innings with 10 walks. While I don't like having an opener in a postseason game, I'll back the Houston Astros because of their offense against Corbin and eventually this Nats shaky bullpen. Astros even up this series.