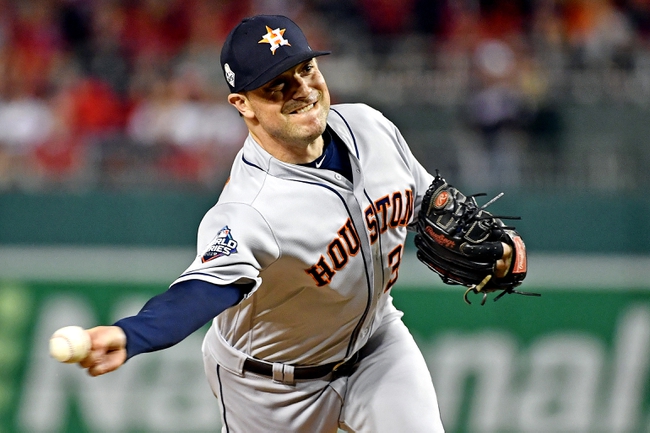 The Houston Astros and the Washington Nationals will match up on the MLB diamond for Game 4 of the World Series on Saturday.

The Nationals shocked pretty much everybody in the first two games of this set, taking both of them for a quick 2-0 series lead. Washington eked out a 5-4 win Tuesday and then bashed Houston 12-3 in Game 2. In Friday’s Game 3, Houston got one back, peppering in single runs across four innings in an eventual 4-1 win that featured 20 hits between both teams.

For the Saturday game, Houston will be going with Jose Urquidy. This season Urquidy is 2-1 with a 3.95 ERA and 40 Ks.

Over on the Nationals’ side, they will send out Patrick Corbin here for the start. Corbin had a 14-7 record this season with a 3.25 ERA and 238 strikeouts.

Corbin has been a little sketchy this postseason. He’s got a fairly inflated 6.91 ERA in the playoffs and posted two runs over six innings in Game 1 of the NLDS against the Dodgers. In Game 4 of the NLCS, Corbin gave up four runs in five innings of work.

If the Astros can get the bats going here and jump on Corbin early, that will bode well for Houston’s chances. I’m leaning that way for a tie series moving forward.