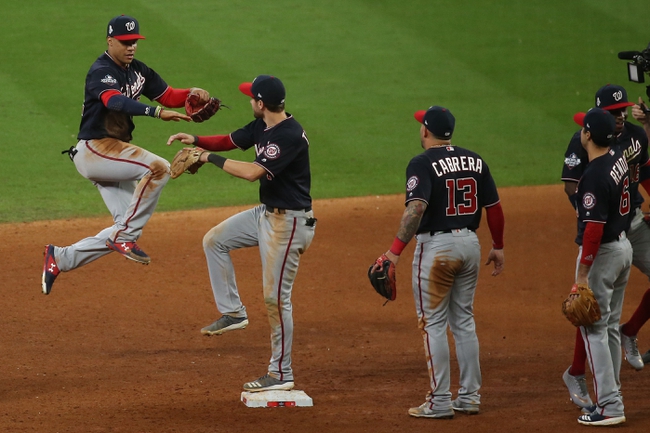 The Washington Nationals and the Houston Astros will meet up for Game 2 of the World Series on Wednesday.

In Game 1 of this set on Tuesday, we had a pretty epic opener. The Astros jumped out to a quick 2-0 lead after one inning, but Washington responded over the next four frames, culminating in a 3-run fifth. Juan Soto bagged three hits: he doubled, singled, homered and stole a base in the 5-4 Nats victory.

For Wednesday’s game, the Nationals will send out Stephen Strasburg for the start. Across 209.0 innings and an 18-6 record this season, Strasburg posted a 3.32 ERA with 251 Ks and 56 walks.

Strasburg has had a productive postseason so far and he’s brought in good returns. He’s 3-0 in four appearances and has allowed just four earned runs in 22.0 innings of work on 18 hits. He’s also hit double-digit strikeouts twice.

Then there’s Verlander, who is normally near infallible but has two bad starts (eight earned; 10.2 innings) alongside his two good starts (two earned; 13.2 innings) this season. He also has just a 1-2 record.

This game is probably as good a shot as any for the Nats to get on their way to a World Series win (and jumping out 2-0 would be a shocker no one saw coming), but the key there is that Verlander has to be off. Odds are that won’t happen so I’m just going to stick with Houston here.

Get Premium Picks Start Winning Now »
The pick in this article is the opinion of the writer, not a PickDawgz site consensus.
Previous Pick
Houston Astros vs. Washington Nationals - 10/22/19 MLB World Series Game 1 Pick, Odds, and Prediction
Next Pick
Washington Nationals vs. Houston Astros - 10/25/19 MLB Pick, Odds, and Prediction