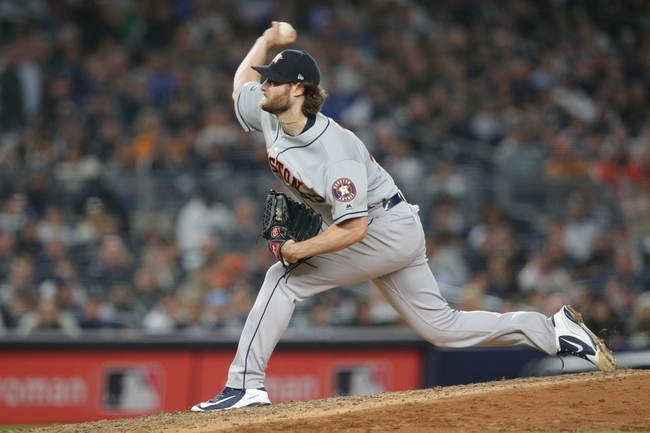 The Washington Nationals and Houston Astros meet Tuesday in game one of the World Series at Minute Maid Park.

The Washington Nationals will play their first game in a week after sweeping the St. Louis Cardinals. The Nationals pitching staff has allowed just six runs in their last three games and four or less runs in eight of their 10 postseason games. The Washington Nationals have won 15 straight games when allowing five or less runs. Offensively, Anthony Rendon leads the Nationals with 12 hits and seven RBI while Trea Turner and Howie Kendrick have combined for 23 hits and 12 RBI. Max Scherzer gets the ball, and he was 11-7 with a 2.92 ERA and 243 strikeouts this season. Scherzer is 6-5 with a 3.35 ERA and 127 strikeouts in his postseason career.

The Houston Astros are coming off a six-game series with the New York Yankees and are in the World Series for the second time in the last three years. The Astros have found their offense lately, scoring 19 runs in their last four games and getting most of their production from the homers as of late. The Houston Astros have won seven of their eight postseason games when scoring more than one run. Jose Altuve leads the Astros with 15 hits and eight RBI while Michael Brantley and Alex Bregman have combined for 20 hits and six RBI. Gerrit Cole gets the ball, and he was 20-5 with a 2.50 ERA and 326 strikeouts this season. Cole is 5-3 with a 2.26 ERA and 63 strikeouts in his postseason career.