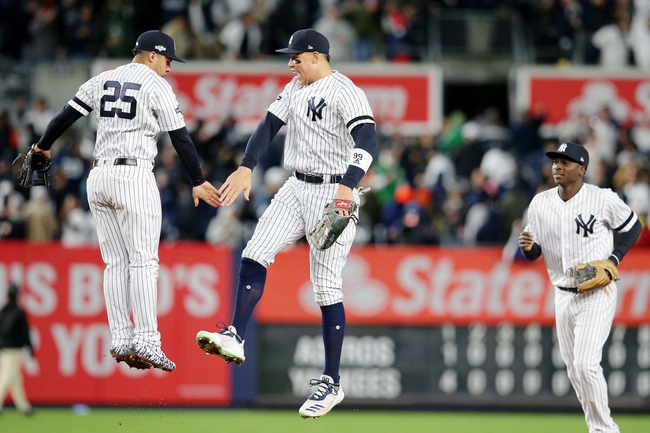 The New York Yankees and the Houston Astros will meet up in Game 6 of the ALCS in MLB activity on Saturday.

New York jumped out to an early lead in this series with a 7-0 shutout in Game 1, but Houston came back to forge a 2-1 advantage with victories 3-2 in Game 2 and 4-1 in Game 3. On Thursday in a rain-postponed Game 4, Houston escaped some sticky situations and had a couple of big innings as the Yankees bats continued to go silent. The Astros escaped with an 8-3 victory and a commanding 3-1 series lead. New York fought back in Game 5 with a 4-1 win (all runs scored in the first inning) to make it 3-2 going back to Texas.

This will be a bullpen game for both clubs, so it’s a bit of an odd matchup. Chad Green will start for the Yankees, and Brad Peacock will take the mound in the first for Houston.

With this being a bullpen game, things could get sketchy here. Make no mistake, Houston is crazy good at home, and they’ve stifled the Yanks multiple times in this series during key situations.

I’m leaning Yankees here due to the momentum and pen strength, but I could easily envision the Astros closing things out in Game 6 and moving on to the World Series (during which they should have no issues en route to hoisting the trophy again). I’m thinking New York pushes it to a Game 7, but throwing up my hands and walking away in what’s been a pretty great series so far.