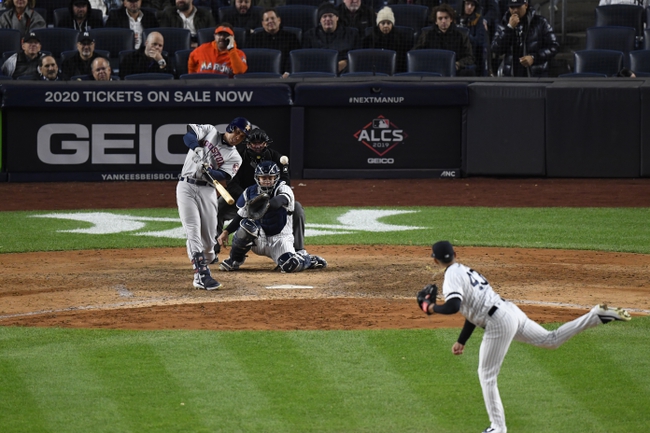 The Houston Astros and the New York Yankees will meet up for Game 5 of their ALCS in MLB activity Friday.

New York jumped out to an early lead in this series with a 7-0 shutout in Game 1, but Houston came back to forge a 2-1 advantage with victories 3-2 in Game 2 and 4-1 in Game 3. On Thursday in a rain-postponed Game 4, Houston escaped some sticky situations and had a couple of big innings as the Yankees bats continued to go silent. The Astros escaped with an 8-3 victory and a commanding 3-1 series lead. Houston will set up for the knockout blow here.

Verlander had a sketchy outing in the Tampa series, with four earned on seven hits in 3.2 innings on October 8. Aside from that, he’s been solid in the postseason with a combined 13.2 innings, six hits and two earned. New York got to him a little bit in his start this series but he still managed a two-earned quality start over 6.2 innings and the Yankees didn’t score otherwise. Verlander will be fine here.

Paxton posted 2.1 innings with one earned, four hits and two walks in that same game, which isn’t the strongest start in the world. He’s given up four earned in 7.0 innings on nine hits this postseason.

Considering what Verlander and the Astros are capable of, and looking at the line, this seems like a good spot to take Houston.