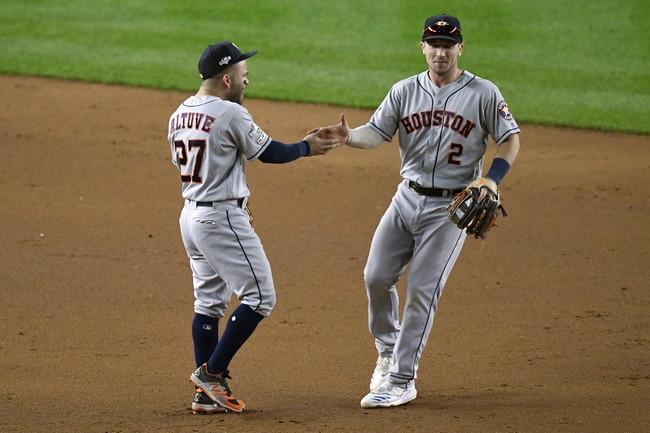 The New York Yankees and the Houston Astros will match up on the MLB diamond Thursday in Game 4 of the ALCS.

This Game 4 matchup was originally set to occur on Wednesday evening, but heavy rainfall in the New York City area forced a rainout cancellation. That means the Friday travel day will now be Game 5 in this series.

The Astros lead this set 2-1 so far after three games. New York got a big 7-0 shutout win on Saturday in the opener, then Houston eked out an extra-innings thriller Sunday before taking another win 4-1 in the Game 3 opener at Yankee Stadium.

Over on the Yankees’ side, they’re going with Masahiro Tanaka in the start Thursday for Game 4. Tanaka went 11-9 with a 4.45 ERA and 149 strikeouts this season.

We’ve got another good-looking matchup going here. Both starters will be coming in on regular rest, and if Houston can manage to bang out a win they’ve got the near-infallible Justin Verlander on deck for Game 5 on Friday in an elimination start. The Astros are set up pretty well.

That said, Tanaka is probably the Yankees’ best hope of tying the series back up instead of falling into an elimination hole. The difference between a 2-2 series and a 3-1 series here for the Yankees is huge, and New York needs to pull out all the stops so their proverbial backs aren’t against the wall with some tough matchups ahead.

I’m going to say the Yankees get one here behind Tanaka, but if Houston can stifle him and get to the bullpen they’ve got a high damage potential as well. It’s a dice-roll game but I’m going to stick with New York. However, considering the line you can make a very good case for taking Houston on a value pick here.