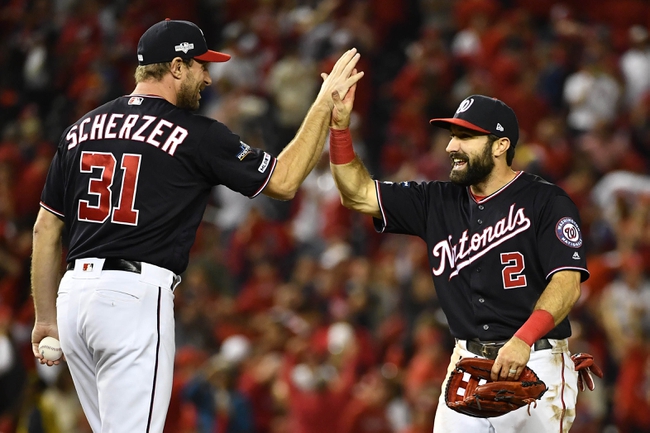 The St. Louis Cardinals and the Washington Nationals will meet up for Game 4 of the NLCS in MLB activity on Tuesday.

There wasn’t much offense going on in the Busch Stadium games of this series; just six combined runs overall. Washington managed a 2-0 win in Friday’s Game 1 and a 3-1 victory in Game 2 Saturday to take a commanding 2-0 series lead going back to Nationals Park. In Game 3 on Monday, the Nats pushed through four runs in the third inning and cruised to an eventual 8-1 victory as the Cards offense stalled again.

Hudson made one appearance versus Atlanta, posting 4.2 innings with five hits and four runs (one earned) alongside two strikeouts and two walks. As for Corbin, he was lit up in a relief appearance versus the Dodgers (six earned in 0.2 innings) but otherwise he’s been solid with 7.2 innings, one earned and three hits in three other appearances.

The potential for more offense in this game is here, but I don’t think either team has the bats to do much about it—St. Louis in particular. I’m going to stick with the Nationals in this one. A sweep feels a little odd in this series but it’s also more realistic at this point.