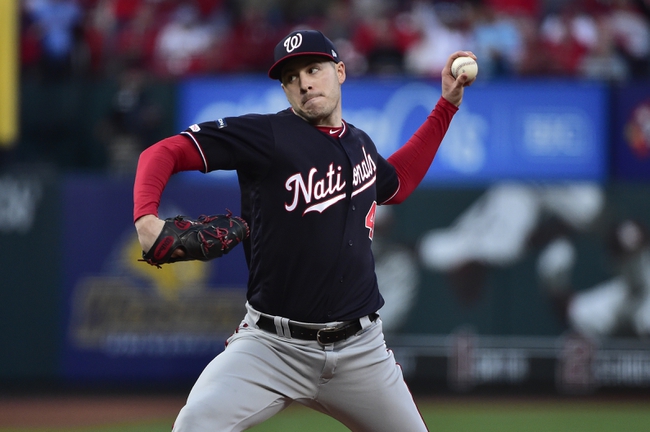 The St. Louis Cardinals and Washington Nationals meet Tuesday in game four of the NLCS at Nationals Park.

The St. Louis Cardinals need a win here to save their season and force a game five on Wednesday. The Cardinals still can’t put offense together, as they’ve scored two runs this series and have been held to one or less runs in five of their last seven games. The St. Louis Cardinals have zero chance of getting back in this series if the bats don’t heat up rather quickly. Marcell Ozuna leads the Cardinals with 11 hits and five RBI while Paul Goldschmidt and Paul DeJong have combined for 17 hits and four RBI. Dakota Hudson gets the ball, and he was 16-7 with a 3.35 ERA and 136 strikeouts this season. Hudson is 0-0 with a 1.93 ERA and two strikeouts in his postseason career.

The Washington Nationals can advance to their first ever World Series with a victory here. The Nationals pitching staff has allowed three or less runs in their last five games and three or less runs in seven of their nine postseason games. The Washington Nationals have won 14 straight games when allowing less than six runs. Offensively, Howie Kendrick leads the Nationals with 11 hits and nine RBI while Anthony Rendon and Trea Turner have combined for 21 hits and seven RBI. Patrick Corbin gets the ball, and he was 14-7 with a 3.25 ERA and 238 strikeouts this season. Corbin is 0-2 with a 7.56 ERA and 14 strikeouts in his postseason career.