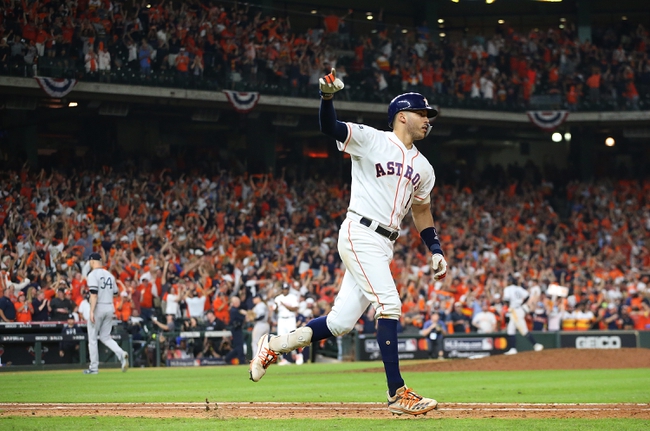 The Houston Astros and the New York Yankees will match up for Game 3 of the ALCS in MLB action on Tuesday.

The Yankees were able to jump out to a quick 1-0 lead in this series with a 7-0 shutout victory on Saturday. Houston was able to stifle the New York offense on Sunday in Game 2, bagging a tense 3-2 victory in walk-off fashion across 11 innings.

Over on the Yankees’ side, they’re going with Luis Severino in the start Tuesday. Severino returned from injury this year and only put up 12.0 innings with a 1-1 record, a 1.50 ERA and 17 Ks.

Cole posted two quality starts in the Tampa series, going a total of 15.2 innings with just one earned run on six hits. His strikeouts are working overtime as well; Cole has 25 so far in the playoffs to just three walks.

Considering Cole is 7-0 in his last seven starts, New York—and Severino in particular—is going to have to be on point here if they want to get a win. That’s a lot to ask with one of the league’s best pitchers on the mound here, so I’m going Astros again.