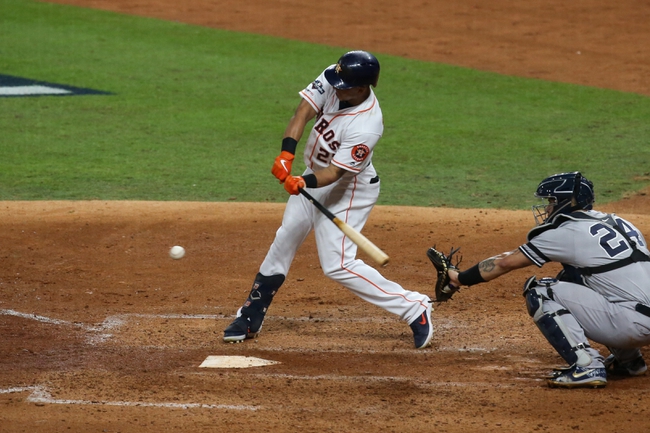 The New York Yankees and the Houston Astros will match up on the MLB diamond for Game 2 of the ALCS on Sunday.

In the opener of this set on Saturday, the Yankees got a big lift from a masterful performance courtesy of Masahiro Tanaka, who finished with one hit in 6.0 innings. New York would break the game open over the final four innings, finishing up with a very important 7-0 shutout win. The Yanks held Houston to just three hits on the night.
For the Sunday Game 2, the Yankees will send out James Paxton in the start. Over 150.2 innings and a 15-6 mark this regular season, Paxton posted a 3.82 ERA with 186 Ks and 55 BBs.

Paxton appeared in one game in the Twins series, going 4.2 innings with three earned on five hits. A little sketchy, but the Yankees offense made up for the disparity.

Conversely, Verlander is coming off a loss to Tampa Bay in a  4-1 defeat, going 3.2 innings with four earned runs. He was great in the other game he started during that series however, with zero earned on one hit in 7.0 innings of work for a victory.

Verlander won’t post bad back-to-back starts. He’ll be on point here, and the Yankees hitters will have to be extremely patient. In the meantime, Paxton will be tasked with holding back an explosive Houston offense. That’s a lot to ask, even from a great New York team. I’m going Astros here.