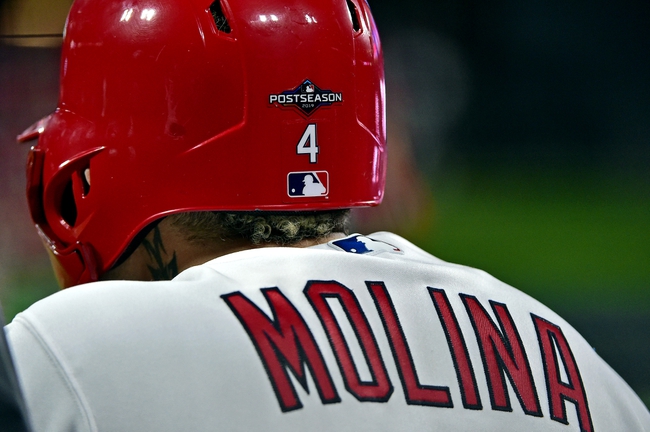 The Washington Nationals look for another victory to take a commanding 2-0 series lead back to DC. The Nationals had a no-hitter in the eighth inning and have now won three straight playoff games, so the confidence has to be sky high right now. The Washington Nationals have allowed three or less runs in five of their seven playoff games and have won 12 straight games when allowing less than six runs. Howie Kendrick leads the Nationals with eight hits and six RBI while Anthony Rendon and Trea Turner have combined for 16 hits and eight RBI. Max Scherzer gets the ball, and he was 11-7 with a 2.92 ERA and 243 strikeouts this season. Scherzer is 5-5 with a 3.60 ERA and 116 strikeouts in his postseason career.

The St. Louis Cardinals need a win here to tie up the series and keep their hopes alive. The Cardinals went from scoring 13 runs in the first three innings in game five against the Braves to nearly getting no hit the very next game. The St. Louis Cardinals have now been held to one or less runs in three of their last five games, which isn’t ideal given the teams they’re going up against to potentially win a World Series. Paul Goldschmidt leads the Cardinals with nine hits and two RBI while Marcell Ozuna and Tommy Edman have combined for 15 hits and seven RBI. Adam Wainwright gets the ball, and he was 14-10 with a 4.19 ERA and 153 strikeouts this season. Wainwright is 4-4 with a 2.79 ERA and 104 strikeouts in his postseason career.