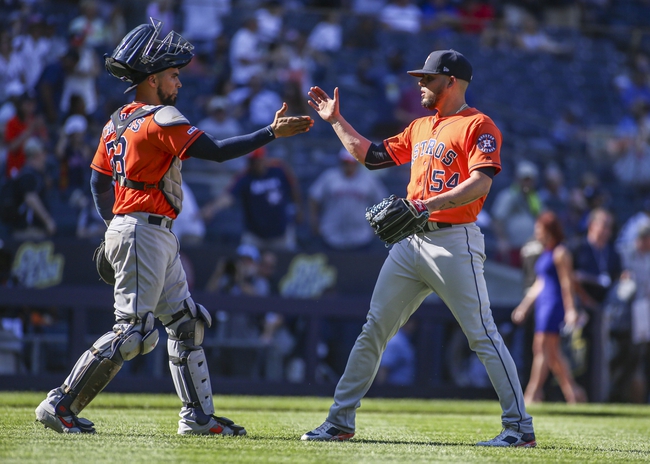 The New York Yankees and the Houston Astros will meet up in Game 1 of their ALCS in MLB activity Saturday.

The Yankees made quick work of the Twins in their Divisional Series, taking wins at home 10-4 and 8-2 last weekend and a 5-1 victory at Target Field on Monday for a sweep of the set.

For Saturday’s Game 1, the Yankees will send out Masahiro Tanaka in the start. Tanaka went 11-9 with a 4.45 ERA and 149 strikeouts this season.

Over on the Astros’ side, they had a bit of trouble with a tough Rays team in their Divisional Series, winning the first two games at home 6-2 and 3-1 but then falling in Games 3 and 4 at Tropicana 10-3 and 4-1. Houston was able to fend off Tampa in a decisive Game 5 however, taking it 6-1 on Thursday.

In the Game 1 on Saturday, the Astros will send out Zack Greinke in the start. In the regular season, Greinke had a great campaign on an 18-5 record, a 2.93 ERA and 187 strikeouts.

We’re in for another epic series here, as the consensus best two teams in the MLB face off in a great-looking ALCS. Matchups between Houston and New York are must-see television these days, and it would surprise exactly no one to see this series go the full seven games.

Considering everything, Tanaka/Greinke matchup included I’m probably staying away from this series in the opener at least. Neither team has many weaknesses, but playing at Minute Maid I have to stick with the Astros in Game 1. It’s pretty sketchy either way right now though.