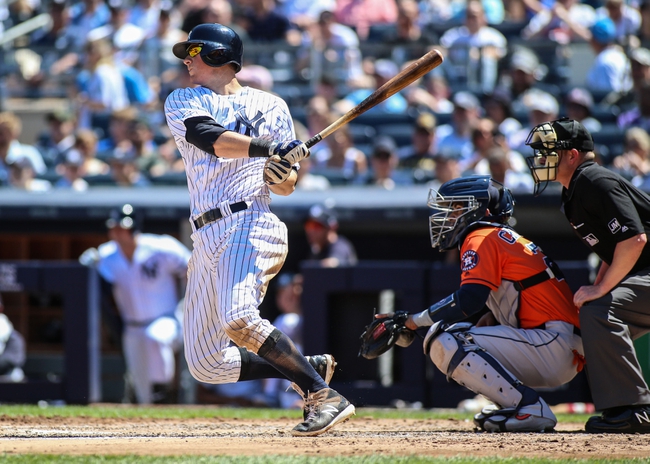 The New York Yankees and Houston Astros meet Saturday in game one of the ALCS at Minute Maid Park.

The New York Yankees are in the ALCS for the second time in three years after sweeping the Minnesota Twins. The Yankees haven’t played a game since Monday and come into this series red hot offensively. The New York Yankees scored 23 runs in their three-game series and have won 23 of their last 27 games when scoring four or more runs. If the Yankees offense continues to produce the way it has up to this point, they’ll be World Series bound. Gleyber Torres leads the Yankees with five hits and four RBI while DJ LeMahieu and Edwin Encarnacion have combined for eight hits and six RBI. Masahiro Tanaka gets the ball, and he was 11-9 with a 4.45 ERA and 149 strikeouts this season. Tanaka is 4-2 with a 1.54 ERA and 32 strikeouts in his postseason career.

The Houston Astros are coming off a five-game series against the Tampa Bay Rays and are being thrown back into a new series with just one day of rest. The Astros offense has been hit or miss up to this point, but it’s the pitching staff that’s dominated. In three playoff home games, the Astros have allowed four runs and have 37 strikeouts. The Houston Astros have won 12 straight games when allowing three or less runs. Yordan Alvarez leads the Astros with six hits and one RBI while Yuli Gurriel and Alex Bregman have combined for 10 hits and four RBI. Zack Greinke gets the ball, and he was 18-5 with a 2.93 ERA and 187 strikeouts this season. Greinke is 3-5 with a 4.58 ERA and 64 strikeouts in his postseason career.