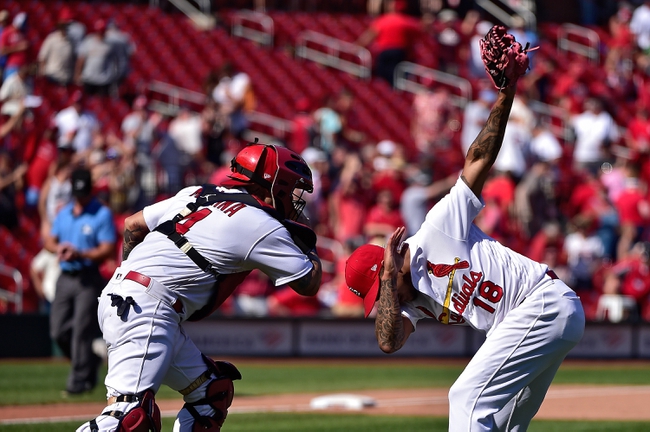 The Washington Nationals and the St. Louis Cardinals will meet up for Game 1 of the NLCS in MLB action on Friday.

The Nationals are coming out of an NLDS versus the Dodgers that went five games. Washington lost Games 1 and 3 but were able to send the series to a decisive matchup with a 6-1 win back on Monday in Game 4. In Game 5 on Wednesday, the Nationals triumphed on a 10th-inning grand slam to take an epic 7-3 victory and reach the league championship.

Over on the Cardinals’ side, they had an equally crazy five-game NLDS of their own. St. Louis took one-run victories in Games 1 and 4, pushing the series to Game 5 on Wednesday. The Cardinals went off in the first inning of that one for a whopping 10 runs, jumping out 13-0 after three innings. St. Louis would cruise to a 13-1 win there for an NLCS berth.

Sanchez had a nice outing in the NLDS, with five innings of one-run ball alongside nine strikeouts in Game 3. Mikolas posted one run over five innings in his NLDS Game 1 start, so both pitchers come in strong here. With the advantage at home though I have to go with the surging Cardinals as the Game 1 favorites, so long as they can get that offense going again.