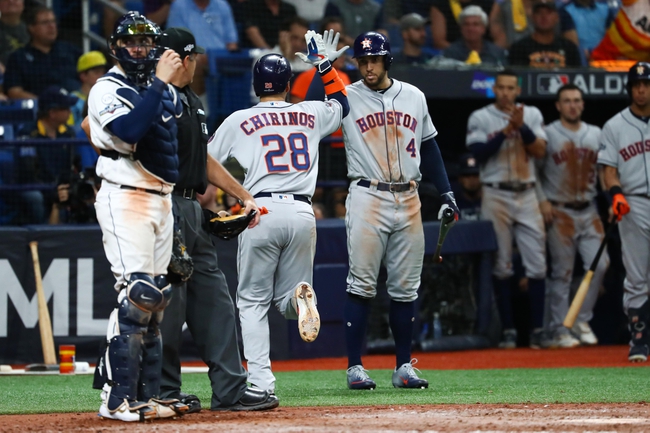 The Tampa Bay Rays and the Houston Astros will meet up for Game 5 of their ALDS in MLB action on Thursday.

This has turned into a very interesting series after being written off by most people. Houston bagged wins Friday 6-2 and Saturday 3-1 to take a commanding 2-0 lead in the series. The Rays responded in kind in the Tampa games however, evening the set to 2-2 following wins 10-3 Monday and 4-1 Tuesday. Now we’re set for the decisive game Thursday to determine who moves on to face the Yankees in the ALCS.

The Rays will send out Tyler Glasnow in the start Thursday. Across his 60.2 innings and 6-1 record this regular season, Glasnow posted a 1.78 ERA with 76 Ks and 14 BBs.

Tampa has been throwing out pitchers left and right over the last couple of games and it’s worked as far as keeping Houston off balance. With Blake Snell closing out Game 4, that leaves Glasnow to kick things off here. He gets an extra day’s rest following a Game 1 start where he allowed four hits and a two-run homer.

As for Cole, he struck out 15 batters (which is a franchise record for Houston in the playoffs) over 7.2 innings in Game 2 on 118 pitches and should come out as a formidable force for the Rays to deal with here. This has been a pretty epic series but in the end the Astros are the better team and I have to stick with them. The line is a little thick here, and rightfully so, but considering all the talent on the Houston roster and Cole in the starting role it feels like the right call to make.