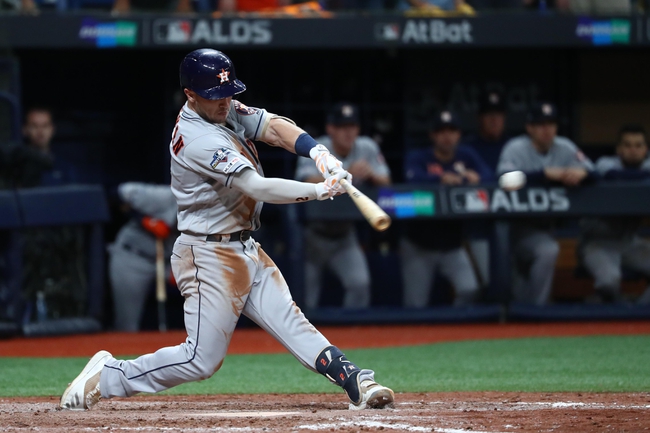 The Tampa Bay Rays and Houston Astros meet Thursday in game five of the ALDS at Minute Maid Park.

The Tampa Bay Rays will advance to their first ALCS since 2008 when they made the World Series. The Rays put together their best game of the postseason with a 4-1 win in game four, being patient at the plate and having the bullpen shutdown a solid Astros lineup. The Tampa Bay Rays have won 22 of their last 26 games when allowing four or less runs. Tommy Pham leads the Rays with seven hits and two RBI while Kevin Kiermaier and Brandon Lowe have combined for seven hits and four RBI. Tyler Glasnow gets the ball, and he was 6-1 with a 1.78 ERA and 76 strikeouts this season. Glasnow is 0-1 with a 4.15 ERA and five strikeouts in his postseason career.

The Houston Astros have another chance to advance to their third straight ALCS. The Astros just didn’t have it in their game four loss and now the offense has been held to a combined seven runs in their last 27 innings. The Houston Astros have split their last eight games when scoring less than six runs. Jose Altuve leads the Astros with five hits and three RBI while Yordan Alvarez and Yuli Gurriel have combined for 11 hits and four RBI. Gerrit Cole gets the ball, and he was 20-5 with a 2.50 ERA and 326 strikeouts this season. Cole is 3-3 with a 2.95 ERA and 46 strikeouts in his postseason career.