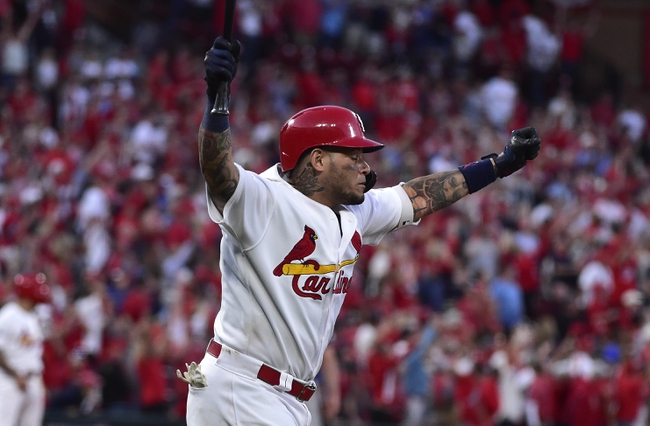 The St. Louis Cardinals and Atlanta Braves meet Wednesday in game five of the NLDS at SunTrust Park.

The St. Louis Cardinals will advance to their first NLCS since 2014 with a victory here. The Cardinals offense woke up in their game four victory and they seem to have flair for the dramatics, seeming to do their best work late in games when it looks like they’re sleepwalking before then. The St. Louis Cardinals have won eight of their last 10 games when scoring four or more runs. Marcell Ozuna leads the Cardinals with eight hits and four RBI while Paul Goldschmidt and Tommy Edman have combined for 11 hits and two RBI. Jack Flaherty gets the ball, and he was 11-8 with a 2.75 ERA and 231 strikeouts this season. Flaherty is 0-1 with a 3.86 ERA and eight strikeouts in his postseason career.

The Atlanta Braves will advance to their first NLCS since 2001 with a victory here. The Braves are coming off a tough 10 innings loss in game four, but they have to like the position they’re in, especially having chances to win game one and four. The Atlanta Braves have split their last eight games when scoring four or more runs. Ronald Acuna Jr. leads the Braves with eight hits and two RBI while Ozzie Albies and Dansby Swanson have combined for 11 hits and five RBI. Mike Foltynewicz gets the ball, and he was 8-6 with a 4.54 ERA and 105 strikeouts this season. Foltynewicz is 1-1 with a 3.46 ERA and 17 strikeouts in his career against the Braves.