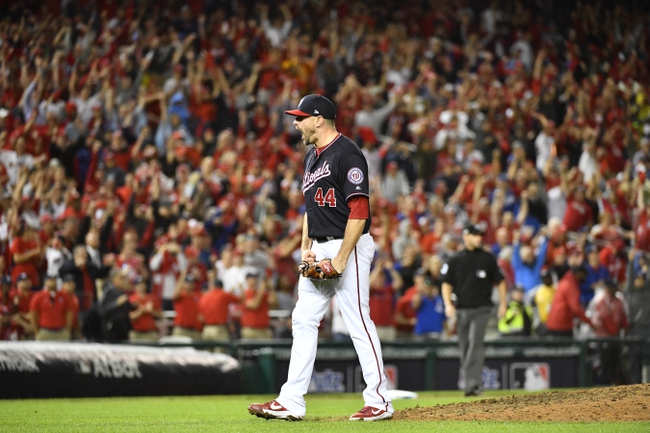 The Washington Nationals can advance to their first NLCS since 1981 when they were the Montreal Expos. The Nationals found their offense in Washington, scoring 10 runs and 16 hits in two games. The Washington Nationals have won 18 of their last 19 games when scoring four or more runs. Howie Kendrick leads the Nationals with four hits and one RBI while Juan Soto and Adam Eaton have combined for six hits and three RBI. Stephen Strasburg gets the ball, and he was 18-6 with a 3.32 ERA and 251 strikeouts this season. Strasburg is 3-2 with a 0.64 ERA and 38 strikeouts in his postseason career.

The Los Angeles Dodgers look to reach their fourth straight NLCS with a home victory here. The Dodgers offense has been hit or miss this series, and that includes just one run in their game four loss and being 0-8 with RISP. The Los Angeles Dodgers have lost eight of their last 11 games when scoring three or less runs. Justin Turner leads the Dodgers with six hits and five RBI while Max Muncy and Cody Bellinger have combined for seven hits and five RBI. Walker Buehler gets the ball, and he was 14-4 with a 3.26 ERA and 215 strikeouts this season. Buehler is 1-1 with a 3.03 ERA and 37 strikeouts in his postseason career.