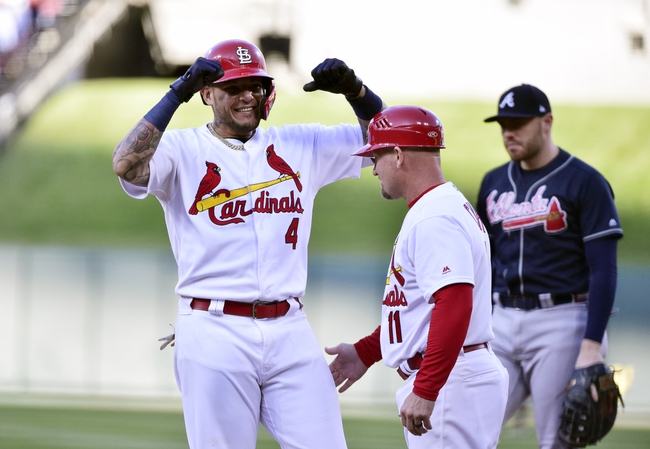 The St. Louis Cardinals and the Atlanta Braves will match up for Game 5 of their NLDS in MLB activity Wednesday.

This Division Series has been packed with thrills and close calls. St. Louis took Game 1 Thursday 7-6, then the Braves struck back with consecutive victories 3-0 and 3-1. The Cardinals then staved off elimination at home with a 10-inning walk-off victory 5-4 to send the series back to SunTrust Park.

Over on the Braves’ side, they will go with Mike Foltynewicz in the start Wednesday. Across his 117.0 innings and 8-6 record this season Foltynewicz had a 4.54 ERA with 105 Ks and 37 BBs.

Meanwhile, the Braves are 7-1 in their last eight Wednesday games and 37-17 in their last 54 home games. Atlanta is 0-5 in the last five in game five of a series and 6-0 in Foltynewicz’s last six home starts.

Flaherty came out of the second half of the regular season on a really great run, but the Braves got to him in Game 2. Atlanta posted eight hits and three runs in that game, but if Flaherty can get back on track here he could cause some major issues for the Braves hitters.

As for Foltynewicz, he was awesome in Game 2, turning in seven scoreless innings and retiring his final 11 batters.

This one is set up to be another classic, and will probably come down to the last few innings—pretty much how this series has gone so far. Neither team has a stifling offense, so it’ll be up to the starters to control things early and the bullpens to finish things off. Given how inconsistent the Cardinals have been at plating runs I can’t put my full confidence in them, but this game could go either way and it’s probably one to stay away from. I’m tentatively leaning Braves.