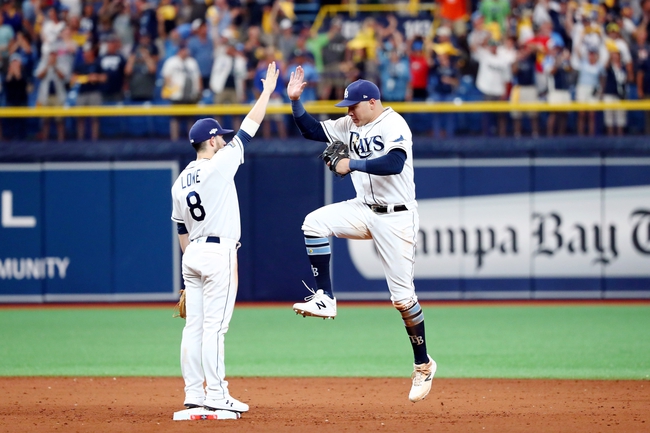 The Houston Astros and Tampa Bay Rays meet Tuesday in game four of the ALDS at Tropicana Field.

The Houston Astros have another cache to advance to the ALCS with a victory here. The Astros pitching staff finally had a poor performance this postseason, allowing 10 runs and 12 hits, and they were out of game three pretty much by the fourth inning. The Houston Astros have lost five of their last eight games when allowing four or more runs. Offensively, Jose Altuve leads the Astros with four hits and three RBI while Yuli Gurriel and Carlos Correa have combined for eight hits and four RBI. Justin Verlander gets the ball, and he was 21-6 with a 2.58 ERA and 300 strikeouts this season. Verlander is 14-7 with a 3.05 ERA and 175 strikeouts in his postseason career.

The Tampa Bay Rays need another win to save their season and force a game five on Thursday. The Rays offense came to life in Monday’s victory, and they’re the type of team that usually lives off of momentum, so they have to be feeling good heading into this contest. The Tampa Bay Rays have won 21 of their last 27 games when scoring three or more runs. Tommy Pham leads the Rays with four hits and one RBI while Austin Meadows and Kevin Kiermaier have combined for five hits and six RBI. Diego Castillo gets the ball, and he was 5-8 with a 3.41 ERA and 81 strikeouts this season. Castillo is 0-0 with a 0.00 ERA and four strikeouts in his postseason career.