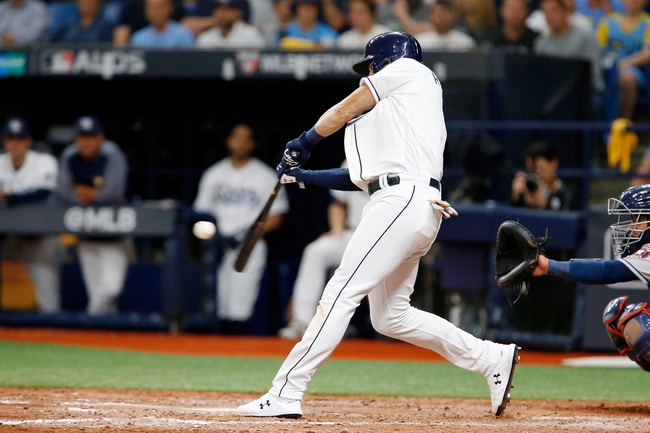 The Houston Astros and the Tampa Bay Rays meet in game four of the ALDS from Tropicana Field on Tuesday.

The Houston Astros will look to win the series after dropping game three on Monday by a final score of 10-3. Yuli Gurriel went 2 for 4 with two RBIs while Jose Altuve went 2 for 4 with a solo home run and a double. Yordan Alvarez went 2 for 4 with a double of his own while Alex Bregman added a base hit to finish off Houston’s offense as a team in defeat. Zack Greinke allowed six runs on five hits while striking out five, taking the loss after 3.2 innings of work. Justin Verlander will start game four and is 1-0 with a 0.00 ERA and 8 strikeouts this postseason. In his career, Verlander is 10-4 with a 3.17 ERA and 128 strikeouts against Tampa Bay.

The Tampa Bay Rays will look to fight for another day and force a game five after taking game three on Monday. Kevin Kiermaier had a home run and three RBIs while Austin Meadows had a double and two RBIs. Ji-Man Choi, Brandon Lowe and Willy Adames each had a solo home run with Adames going 3 for 3 with a double as well. Travis D’Arnaud and Tommy Pham each had an RBI to make up Tampa Bay’s scoring as a team in the win while Matt Duffy went 2 for 4 and Avisail Garcia added a base hit as well. Charlie Morton got the win after giving up one run on three hits while striking out nine over five innings of work. Diego Castillo will start game four and was 5-8 with a 3.41 ERA and 81 strikeouts this season. This will be Castillo’s first career start against Houston.

I’m expecting the Rays to deploy the opener strategy and make this a bullpen game, which has worked for the Rays all season. However, when putting a bullpen up against Justin Verlander, I’m sorry, but I’m going to back JV every time. Verlander is simply the more proven pitcher and he’s been a stud for the Astros since coming over a couple of years ago. I just don’t see Houston struggling in back-to-back outings either, so I’ll side with Houston to close out the series and to cut down the juice, I’ll back Houston on the RL.