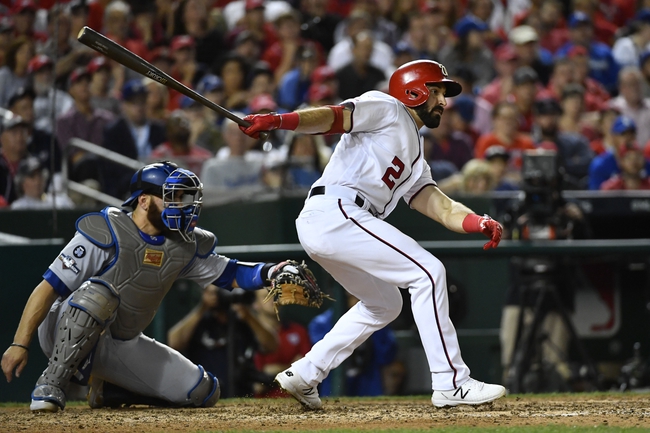 The Los Angeles Dodgers and Washington Nationals meet Monday in game four of the NLDS at Nationals Park.

The Los Angeles Dodgers hope to advance to another NLCS with a victory here. The Dodgers finally exploded offensively in their game three victory, as they looked like the team we saw for much of the season. The Los Angeles Dodgers have won 18 of their last 21 games when scoring more than two runs. Justin Turner leads the Dodgers with five hits and four RBI while David Freese and Max Muncy have combined for seven hits and five RBI. Rich Hill gets the ball, and he was 4-1 with a 2.45 ERA and 72 strikeouts this season. Hill is 1-2 with a 3.04 ERA and 63 strikeouts in his postseason career.

The Washington Nationals need a victory here to save their season and force a game five on Wednesday. The Nationals pitching staff has fallen apart twice in three games and they simply don’t have the horses offensively to counter. The Washington Nationals have lost seven of their last 11 games when allowing four or more runs. Adam Eaton leads the Nationals with three hits and one RBI while Anthony Rendon and Juan Soto have combined for six hits and three RBI. Max Scherzer gets the ball, and he was 11-7 with a 2.92 ERA and 243 strikeouts this season. Scherzer is 4-5 with a 3.78 ERA and 109 strikeouts in his postseason career.