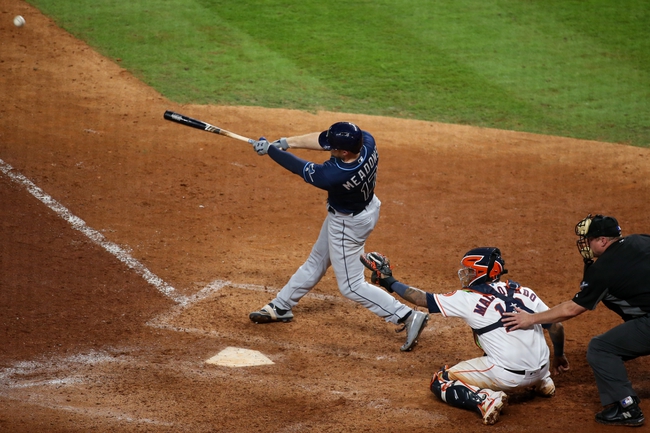 The Houston Astros and Tampa Bay Rays meet Tuesday in game three of the ALDS at Tropicana Field.

The Houston Astros can advance to their third straight ALCS with a victory here. The Astros pitching has simply shutdown the Rays in this series, allowing just three runs and striking out 22 batters. The Astros entered the postseason as the World Series favorites because of their starting pitching, and so far so good. The Houston Astros have won 11 straight games when allowing three or less runs. Alex Bregman leads the Astros with four hits and one RBI while Yuli Gurriel and Carlos Correa have combined for six hits and two RBI. Zack Greinke gets the ball, and he was 18-5 with a 2.93 ERA and 187 strikeouts this season. Greinke is 3-4 with a 4.03 ERA and 59 strikeouts in his postseason career.

The Tampa Bay Rays need a win here to save their season and force a game four on Tuesday. The Rays need to find some offense quickly if this series is going to turnaround, and it would certainly help if guys stopped chasing out of the strike zone. The Rays pitching staff has lived up to the hype, but that clearly can only take you so far. The Tampa Bay Rays have lost seven of their last 10 games when scoring under five runs. Tommy Pham leads the Rays with three hits while Austin Meadows and Kevin Kiermaier have combined for three hits and one RBI. Charlie Morton gets the ball, and he was 16-6 with a 3.05 ERA and 240 strikeouts this season. Morton is 3-2 with a 3.96 ERA and 35 strikeouts in his postseason career.