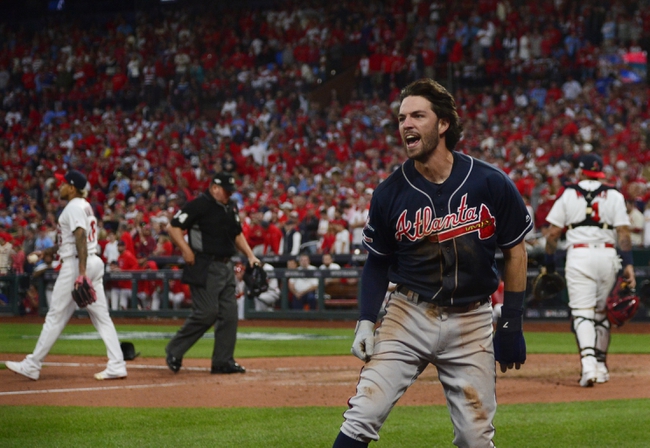 The Atlanta Braves and the St. Louis Cardinals will face off in Game 4 of their NLDS in MLB action Monday.

In the opener of this set on Thursday, the Cardinals were able to eke out a 7-6 win. Atlanta evened things up Friday with a 3-0 victory. In the Sunday Game 3 after the series switched to Busch Stadium, we had another tense one as the Cardinals clung to a 1-0 lead in the ninth inning. With one out ahead of defeat, the Braves rattled off three runs for a pretty epic comeback 3-1 victory to go up 2-1 in the series.

For the Monday game, the Braves will roll out Dallas Keuchel in the start. Keuchel is going on short rest here after throwing just 74 pitches in Game 1 across 4.2 innings.

Over on the Cardinals’ side, they are going with Dakota Hudson in the start Monday. This season Hudson went 16-7 with a 3.35 ERA and 136 strikeouts.

The Cardinals will be throwing everything out there in this one trying to avoid elimination, but the bottom line is they simply have to plate more runs. Hudson will certainly help St. Louis' cause; he's capable of stifling the Braves offense--and Atlanta really hasn't been overwhelming in the box during this series. That said, having Keuchel in the starting role will really help out Atlanta's chances at jumping out early, though he probably won't stay in for more than a few innings. This one is going to come down to the bullpens and making the most of late scoring opportunities.

I’m leaning toward the scrappy Cards team to stave off elimination at home here, but the number just doesn't seem like it comes back at a good payoff. It might be worth taking a chance on the Braves, but in reality is probably one to stay away from.