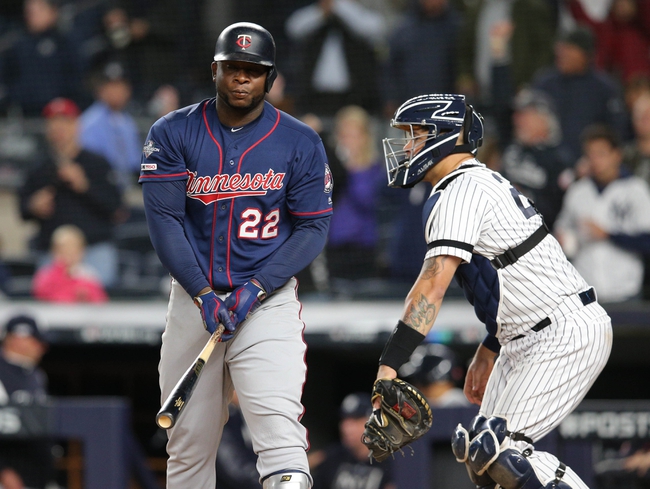 The New York Yankees and the Minnesota Twins will match up for Game 3 of their ALDS series on Monday.

New York will be going for the sweep here. The Yankees took the Friday Game 1 10-4, then posted another victory 8-2 on Saturday.

For the Monday game, the Yankees will send out Luis Severino in the start. Across 12.0 innings of work this year, Severino put up a 1-1 record with a 1.50 ERA, 17 Ks and six walks.

Severino only appeared in three games this year due to injury, but the returns were pretty good. The six walks in 12.0 innings is a bit of a concern, but he really only had one sketchy game.

As for Odorizzi, he’s coming off a quality start in Detroit but unless he goes super deep in this game the Twins bullpen is going to be carrying too big of a load. I’m just going to stick with the Yankees.