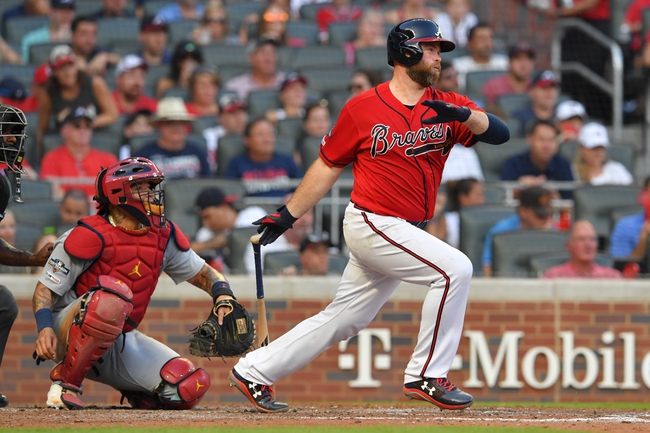 The Atlanta Braves and St. Louis Cardinals meet Sunday in game three of the NLDA at Busch Stadium.

The Atlanta Braves bounced back in game two with a 3-0 victory, as they got seven shutout innings from Mike Foltynewicz and struck out 11 batters as a team. It was a promising showing from the Atlanta Braves and proves that this franchise may not be cursed after all. However, you get the feeling the Braves should be up 2-0 in this series, and the bullpen will have to be sharper on the road. Ronald Acuna Jr. leads the Braves with four hits and two RBI while Freddie Freeman and Brian McCann have combined for four hits and one RBI. Mike Soroka gets the ball, and he was 13-4 with a 2.68 ERA and 142 strikeouts this season. This will be Soroka’s first career postseason appearance.

The St. Louis Cardinals just couldn’t get anything going in their game two loss, but they’ll certainly take a 1-1 series with two games at home and chances to close the deal. The Cardinals have been held scoreless in 15 of the 18 innings this series, and while they often play ugly so this isn’t a huge surprise, they must do a better job of putting together offense if they’re going to survive. The St. Louis Cardinals were shutout for the first time since an August 5 loss to the Los Angeles Dodgers. Tommy Edman leads the Cardinals with four hits while Paul DeJong and Paul Goldschmidt have combined for eight hits and two RBI. Adam Wainwright gets the ball, and he was 14-10 with a 4.19 ERA and 153 strikeouts this season. Wainwright is 4-4 with a 3.03 ERA and 96 strikeouts in his postseason career.