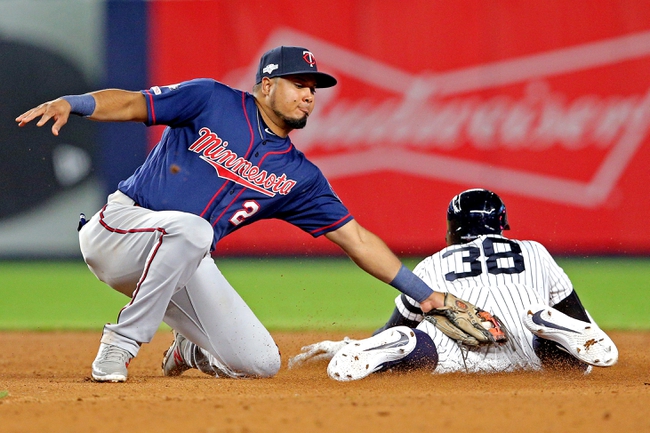 The Minnesota Twins and the New York Yankees will meet up for Game 2 of their ALDS in MLB action Saturday.

In the Friday game one of this series, the Twins jumped out to a 2-0 lead in the top of the third, but New York banged out three runs in the bottom of that frame and seven more over the next four innings on the way to a 10-4 victory.

In the Saturday Game 2, the Twins will send out Randy Dobnak to start. Dobnak went 2-1 with a 1.59 ERA and 23 Ks this year but has just five Major-League starts to his credit.

Tanaka had a couple of bumpy no-decision outings in mid-September, with eight earned on 16 hits across 9.0 innings. He looked better in his last couple, though he did get into a sticky situation against the Rangers and coughed up one earned on five hits in 3.0 innings for a loss.

If Tanaka struggles with the long-ball from the Twins hitters early here the Yankees could be in for a choppy evening, but if he can post four or five solid innings they should be in good shape with the bullpen backing him up. I’m going to stick with New York.