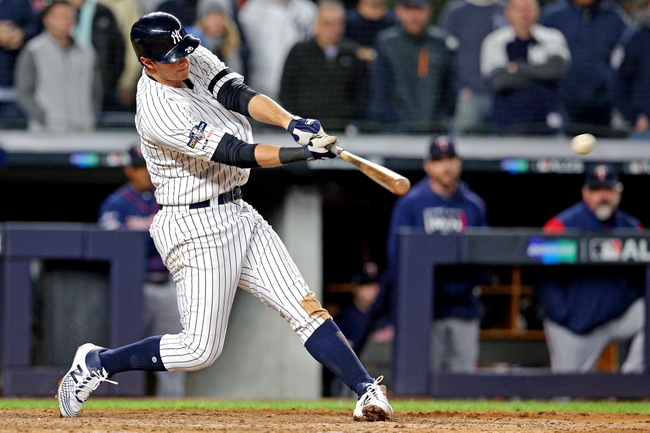 The Minnesota Twins and the New York Yankees meet in game two of the ALDS from Yankee Stadium on Saturday.

The Minnesota Twins will look to rebound after dropping game one of the series by a final score of 10-4 on Friday night. Jorge Polanco went 2 for 3 with a home run and two RBIs while Nelson Cruz and Miguel Sano each had a solo home run as well to finish off Minnesota’s scoring as a team in the loss. Marwin Gonzalez and Luis Arraez each had a double with Gonzalez going 2 for 4 at the dish to round out the Twins’ offense in the defeat. Jose Berrios gave up three runs, one earned on four hits while walking three and striking out six over four innings of work, not factoring in the decision. Zack Littell took the loss in relief while giving up two runs to fall to 0-1 this postseason. Randy Dobnak will start game two and was 2-1 with a 1.59 ERA and 23 strikeouts this season. This will be Dobnak’s first career start against the Yankees.

The New York Yankees will look to take a commanding 2-0 series lead in this best-of-5 series after taking game one on Friday. DJ LeMahieu went 3 for 5 with a home run, a double and four RBIs while Gleyber Torres had a double and two RBIs. Brett Gardner added a solo home run and Edwin Encarnacion went 2 for 5 with a pair of double and an RBI. Aaron Judge added a base hit of his own to finish off New York’s offense as a team in the victory. James Paxton gave up three runs on five hits while striking out eight over 4.2 innings of work, not factoring in the decision while Chad Green got the win in relief. Masahiro Tanaka will start game two and was 11-9 with a 4.45 ERA and 149 strikeouts this season. In his career, Tanaka is 5-0 with a 2.27 ERA and 29 strikeouts against Minnesota.

I’d like to think Minnesota will be a bit more competitive here and Dobnak has been alright in a small sample size for the Twins this season. However, Dobnak is still a young pitcher with just 25.1 major league innings under his belt, and even if he doesn’t go deep and this turns into another bullpen game, I just don’t think he’s the guy you want to throw out in game two at Yankee Stadium against a New York lineup that was potent in game one. It also doesn’t help that Tanaka has been perfect in his career against Minnesota. There’s just a lot going against the Twins right now and I just can’t stray from the Yankees in this one so I’ll take New York on the RL to try to get rid of some of the juice.