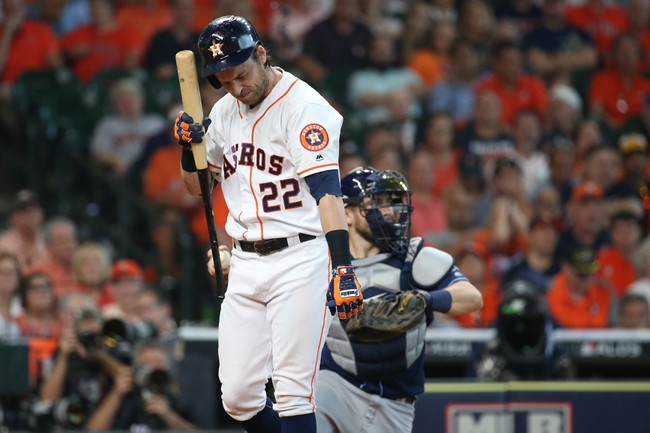 The Tampa Bay Rays need a victory here before going home for game three on Monday. The Rays offense just couldn’t get going in game one and they didn’t get a single hit until the fifth inning. The good news is the Tampa Bay Rays found some offensive success late in the game and had a chance to put a scare into the Astros, which is positive given this teams ability to win late and produce walk-off victories. Yandy Diaz leads the Rays with three hits and two RBI while Tommy Pham and Avisail Garcia have combined for three hits and three RBI. Blake Snell gets the ball, and he was 6-8 with a 4.29 ERA and 147 strikeouts this season. This will be Snell’s first career postseason appearance.

The Houston Astros can all but put this series to bed with another win here and a 2-0 lead. The Houston Astros rode Justin Verlander to seven shutout innings in the game one victory and put up four runs in the fifth inning that closed the deal. The Astros have now won 24 of their last 28 games when scoring four or more runs. Jose Altuve leads the Astros with one hit and two RBI while Alex Bregman and Michael Brantley have combined for three hits and three runs. Gerrit Cole gets the ball, and he was 20-5 with a 2.50 ERA and 326 strikeouts this season. Cole is 2-3 with a 3.72 ERA and 31 strikeouts in his postseason career.