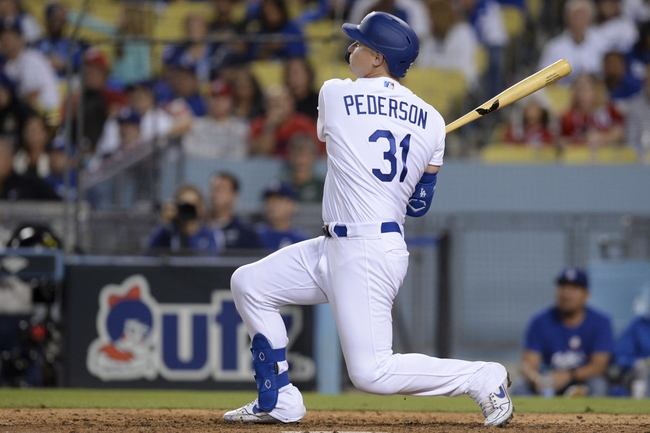 The Washington Nationals and the Los Angeles Dodgers meet in game two of the NLDS from Dodger Stadium on Friday night.

The Washington Nationals will look to rebound and even the series up at one win apiece following a 6-0 loss in game one on Thursday. Trea Turner had a double and Juan Soto added a base knock of his own as Washington had just two hits as a team in the losing effort with the rest of the Nationals batting 0 for 20 with 10 strikeouts. Patrick Corbin ended up with the loss after allowing two runs, one earned, on three hits while walking five and striking out nine over six innings of work. Stephen Strasburg will start game two and was 18-6 with a 3.32 ERA and 251 strikeouts this season. In his career, Strasburg is 3-5 with a 2.54 ERA and 84 strikeouts against the Dodgers.

The Los Angeles Dodgers will look for another win after looking strong in their game one victory on Thursday. Max Muncy went 2 for 3 with three RBIs while Joc Pederson and Gavin Lux each had a solo home run. Corey Seager, Chris Taylor and Justin Turner each had a base hit to finish off the Dodgers’ offense as a team in the victory. Walker Buehler got the win after tossing six shutout innings, giving up just one hit while walking three and striking out eight. Clayton Kershaw will start game two and was 16-5 with a 3.03 ERA and 189 strikeouts this season. In his career, Kershaw is 12-3 with a 2.23 ERA and 126 strikeouts against Washington.

I’d like to give the Nats a fighting chance here with Strasburg on the mound as he’s going to keep them in this game any way he can. However, it just looks like Washington burned out all of their mojo on the rally in the wild card game and just couldn’t put the ball in play in game one on Thursday. That’s not good news going up against Kershaw who’s pretty much owned the Nationals in his career. I need to see Washington bounce back before I get behind them so give me the Dodgers here.