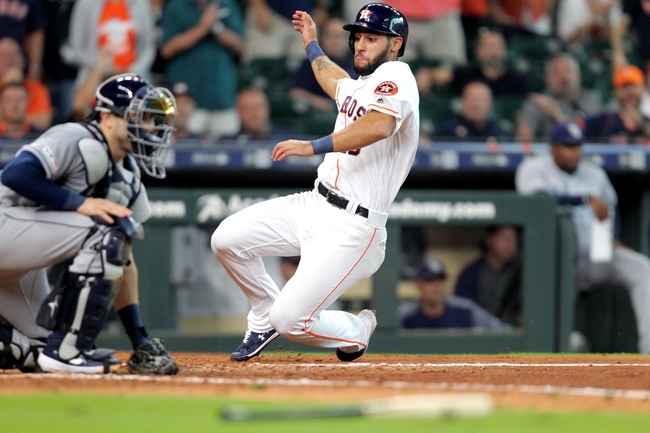 The Tampa Bay Rays and Houston Astros meet Friday in game one of the ALDS at Minute Maid Park.

The Tampa Bay Rays are fresh off a 5-1 win over the Oakland Athletics as an underdog in the Wild Card game. Yandy Diaz, Avisail Garcia and Tommy Pham combined for four homers and put the rest of the baseball community on notice who may not have been paying attention to this team. The Tampa Bay Rays have a terrific pitching staff with one of the better bullpens, and they have an offense that can put quick runs on the board as well. There should be no more sleeping on these Rays. Tyler Glasnow gets the ball, and he was 6-1 with a 1.78 ERA and 76 strikeouts this season. This will be Glasnow’s first career postseason appearance.

The Houston Astros are in the playoffs for a third straight season and are the current favorites to win the World Series. The Houston Astros are the most balanced team in baseball, as they’re third in runs per game and first in team batting average, while the pitching staff is third in team ERA and first in strikeouts. When the Astros are playing at the top of their game, they’re nearly impossible to beat. Michael Brantley leads the Astros with 179 hits and 90 RBI while Yuli Gurriel and Alex Bregman have combined for 332 hits and 216 RBI. Justin Verlander gets the ball, and he was 21-6 with a 2.58 ERA and 300 strikeouts this season. Verlander is 13-7 with a 3.19 ERA and 167 strikeouts in his postseason career.