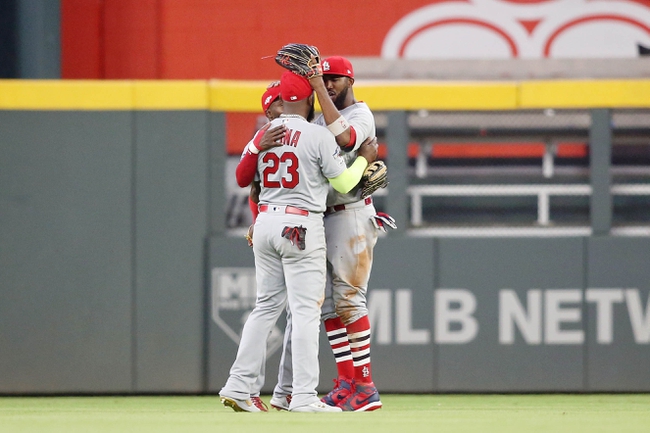 The St. Louis Cardinals and Atlanta Braves meet Friday in game two of the NLDS at SunTrust Park.

The St. Louis Cardinals exploded in the final two innings with six runs to steal game one and position themselves nicely in this series. The St. Louis Cardinals did what they usually do, and that’s play an ugly game, hang around and find a way to steal it in the end. It’s not always sexy with the Cardinals, but this is an experienced group that grinds out games and comes out on top more than not. Tommy Edman leads the Cardinals with two hits while Paul DeJong and Paul Goldschmidt have combined for four hits and one RBI. Jack Flaherty gets the ball, and he was 11-8 with a 2.75 ERA and 231 strikeouts this season. This will be Flaherty’s first career postseason appearance.

The Atlanta Braves have to feel like they let a game sleep away after carrying a two-run lead into the eighth inning. The Atlanta Braves are now in a must-win situation if they’re going to make a run in this series, as it’s nearly impossible to drop the first two contests at home and then pull off three straight victories. The Braves have now lost seven of their last nine postseason games. Ronald Acuna Jr. leads the Braves with three hits and two RBI while Freddie Freeman and Dansby Swanson have combined for three hits and two RBI. Mike Foltynewicz gets the ball, and he was 8-6 with a 4.54 ERA and 105 strikeouts this season. Foltynewicz is 0-1 with a 7.50 ERA and 10 strikeouts in his postseason career.