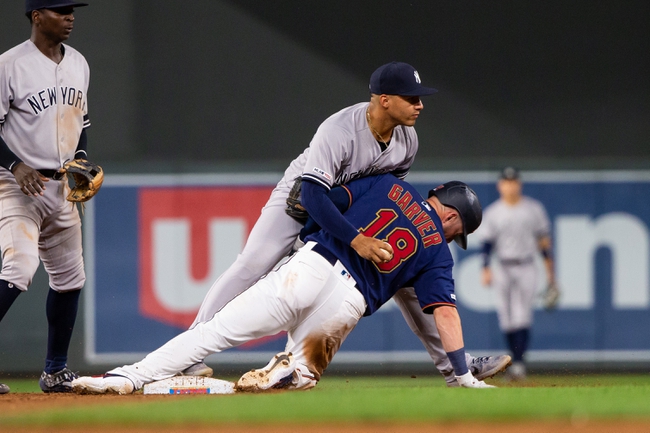 The Minnesota Twins and the New York Yankees will kick off their MLB American League Division Series Friday.

The Twins finished off a stellar run in 2019 during the regular season, ultimately going 101-61 and winning the AL Central. Minnesota was eight games ahead of the Indians in the division and went 55-26 away from Target Field.

Over on the Yankees’ side, they finished 103-59 over the regular season, eclipsed in the AL only by the Astros, who went 107-55. New York went 57-24 at Yankee Stadium this year, a definitive home-field advantage.

This will be Berrios’ first postseason start, but he does have a 2017 relief appearance at Yankee Stadium, taking the loss on three runs.

As for Paxton, this is his first career playoff game. At Yankee Stadium this year, Paxton had a 3.35 ERA, and he also notches a 2.27 ERA in six career starts versus the Twins.

All things considered this should be a fun series with lots of offense. I like the Yankees at home in Game 1 though.