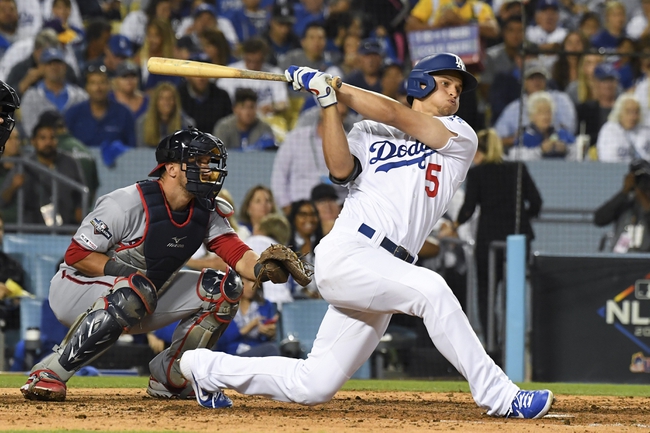 The Washington Nationals and the Los Angeles Dodgers will match up for Game 2 of their National League Division Series Friday.

In Game 1 of this playoff set on Thursday, the Dodgers jumped out to an early lead 1-0 after the first, then added another run in the fifth. Four more runs in the seventh and eighth innings led to a stellar 6-0 LA shut, holding the Nats to just two hits.

For the Friday Game 2 the Nationals will send out Stephen Strasburg in the start. Strasburg went 18-6 this year with a 3.32 ERA and 251 strikeouts.

Kershaw had a bumpy run in late August/early September this season, with three straight losses and 11 earned given up in 16.0 innings of work. The good news is that he rebounded with victories in his last three starts of the regular season, giving up six earned over 18.1 innings with 17 strikeouts.

Strasburg has had a nice season as well and I expect him to come out and pitch effectively here. All things considered though I have to stick with the at-home Dodgers in Game 2.