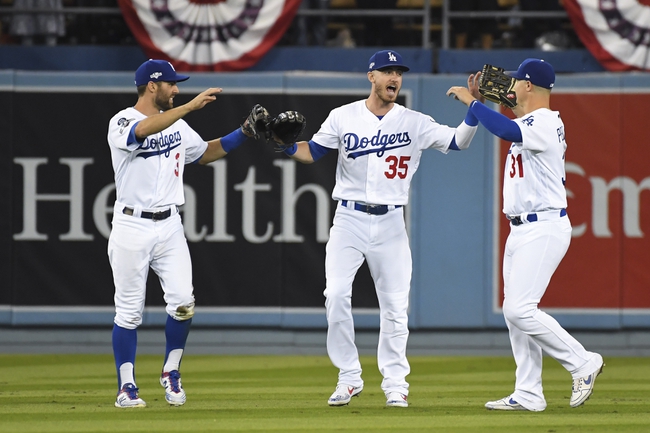 The Washington Nationals and Los Angeles Dodgers meet Friday in game two of the NLDS at Dodger Stadium.

The Washington Nationals couldn’t follow up their wild card performance with anything productive, as they are were shutout and held to just two hits. The Washington Nationals also watched their bullpen give up two runs each in the seventh and eighth innings, removing any possible chance of coming back late. Offensively, Trea Turner and Juan Soto combined for the only hits for the Nationals. The good news is the Nats hav lost back-to-back games just once since September 8. Stephen Strasburg gets the ball, and he was 18-6 with a 3.32 ERA and 251 strikeouts this season. Strasburg is 2-2 with a 0.41 ERA and 28 strikeouts in his postseason career.

The Los Angeles Dodgers cruised to a 6-0 win in game one and the offense picked up late, which could lead to a carryover effect in this contest. The Los Angeles Dodgers have now won eight straight games and have produced shutouts in four of their last five games. If the Dodgers pitching staff is going to show up like that moving forward, watch out. Max Muncy leads the Dodgers with two hits and three RBI while Justin Turner and Corey Seager have combined for two hits. Clayton Kershaw gets the ball, and he was 16-5 with a 3.03 ERA and 189 strikeouts this season. Kershaw is 9-10 with a 4.32 ERA and 165 strikeouts in his postseason career.