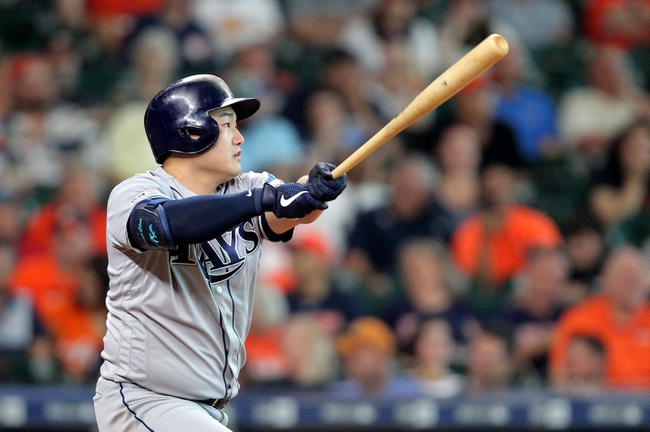 The Tampa Bay Rays and the Houston Astros meet in game one of the ALDS in MLB action from Minute Maid Park on Friday.

The Tampa Bay Rays will look to build some steam and start the series on a high note after taking down Oakland in the Wild Card game by a final score of 5-1 in their last outing. All of Tampa Bay’s damage on the scoreboard came via the long ball, as Yandy Diaz went 3 for 4 with a pair of solo home runs while Avisail Garcia had a two run home run and Tommy Pham went 2 for 4 with a solo home run of his own. Matt Duffy added a base hit to finish off the Rays’ offense as a team in the winning effort. Charlie Morton got the win to improve to 1-0 this postseason after allowing just an unearned run on five hits while walking three and striking out four over five innings of work. Tyler Glasnow will start game one and was 6-1 with a 1.78 ERA and 76 strikeouts this season. This will be Glasnow’s second career start against Houston.

The Houston Astros enter the postseason with the best record in baseball, finishing with a mark of 107-55, ten games clear of Oakland for the AL West title. Alex Bregman led the Astros with 41 home runs and 112 RBIs while Yuli Gurriel had 31 homers with 104 RBIs. Jose Altuve also had 31 home runs while Michael Brantley belted 22 homers, 90 RBIs and shared the team lead in doubles with Yuli Gurriel, each with 40 doubles this season. Brantley led the Astros as well with a .311 batting average and a team-high 179 hits. The Astros’ pitching rotation is filthy however, with Gerrit Cole and Justin Verlander leading the charge with 20+ wins and 300+ strikeouts each, with Cole posting a 20-5 record, a 2.50 ERA and 326 strikeouts while Verlander had 21 wins and 300 strikeouts. The Astros also made a massive splash at the trade deadline, acquiring Zack Greinke to create a three-headed monster on the mound as Greinke went 8-1 with a 3.45 ERA and 52 strikeouts following the trade, giving Greinke an 18-5 record on the year split between Arizona and Houston. Verlander will start the series opener after going 21-6 with a 2.58 ERA and 300 strikeouts this season. In his career, Verlander is 10-4 with a 3.17 ERA and 128 strikeouts against Tampa Bay.

Heavy plus money with the Rays is tempting as the Rays already have a game under their belts while Houston’s had a lengthy layoff. Tampa Bay has also shown an inane ability to shut down the opposition’s bats like they did on the road gainst Oakland in the Wild Card game. However, Glasnow is making his postseason debut, and Houston’s not the team I would want to see on the other side when making my first playoff start. Glasnow’s been solid in relief, but I don’t know if I trust Tampa’s offense to keep things close or if I trust Glasnow enough to match zeroes against Verlander with an offense as capable as Houston’s. I’ll back the Astros to start the series with a win, and to cut down the heavy juice, I’ll back Houston on the RL.