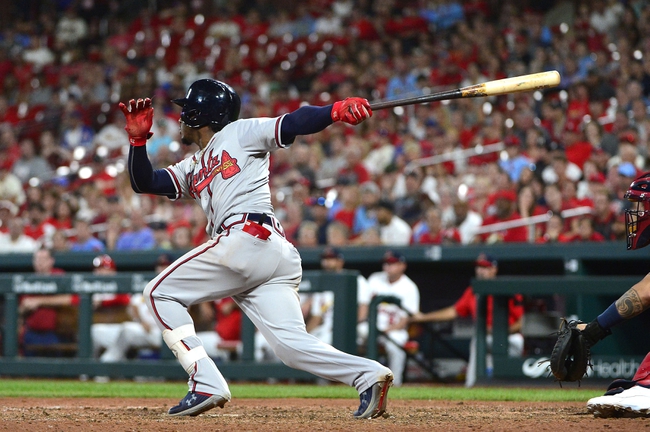 The St. Louis Cardinals and the Atlanta Braves meet in game one of the NLDS in MLB action from SunTrust Park on Thursday night.

The St. Louis Cardinals enter this one as the champions of the NL Central, finishing with an overall record of 91-71 this season. Paul Goldschmidt led the Cards with 34 home runs and 97 RBIs while boasting a .260 batting average across 597 at-bats this season. Goldy also had 25 doubles as well as Kolten Wong with Wong adding a team-high 4 triples and 24 stolen bases. Jack Flaherty and Dakota Hudson were the two key cogs in St. Louis’ rotation this season, while Miles Mikolas had a hard time following up his solid 2018 campaign. Mikolas went 9-14 with a 4.16 ERA and 144 strikeouts this season. In his career, Mikolas is 1-2 with a 2.61 ERA and 16 strikeouts against Atlanta.

The Atlanta Braves come into the postseason representing the NL East, finishing the year at 97-65. Ronald Acuna Jr. had a team-high 41 home runs with 101 RBIs and 37 stolen bases while Freddie Freeman has 38 home runs and led Atlanta with 121 RBIs. Ozzie Albies had 24 homers and 86 RBIs with team-highs of 43 doubles and 8 triples this season. This season saw the emergence of a couple of solid young arms in Atlanta,s rotation, with Mike Soroka posting a 13-4 record with a 2.68 ERA in 174.2 innings while Max Fried had a team-high 17 wins. The Braves also won the sweepstakes for the talents of Dallas Keuchel, who went 8-8 with a 3.75 ERA and 91 strikeouts this season. Keuchel will get the nod here in game one, and in his career, Keuchel is 0-2 with a 10.03 ERA and 15 strikeouts against St. Louis.

Keuchel hasn’t been dominant this year and he’s had a share of struggles in his career against St. Louis. However, Keuchel’s ERA is more than two full runs lower at home than it is on the road this season, while Mikolas’ ERA jumps up well over five on the road this year. I just think that side-by-side, Atlanta will be more likely to get to Mikolas than St. Louis to Keuchel at home, so I’ll lay the reasonable juice with Atlanta in this spot.