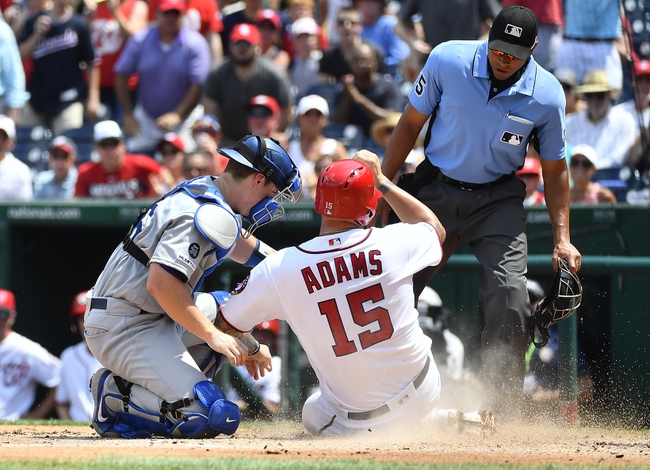 The Washington Nationals are being thrown into a brand new series after a dramatic win Tuesday night over the Milwaukee Brewers, a game that it didn’t look like they were going to win until the bottom of the eighth inning. The Washington Nationals got eight innings out of Max Scherzer and Stephen Strasburg, and while they won the game, using two of their best pitchers just to get to this point does put them behind the eight ball early. The Nets must get some production out of guys you probably wouldn’t count on to that degree if they’re going to win this series. Of course, the Nationals haven’t seen the NLCS since 1981 when they were the Montreal Expos. Patrick Corbin gets the ball, and he was 14-7 with a 3.25 ERA and 238 strikeouts this season. This will be Corbin’s first career postseason appearance.

The Los Angeles Dodgers haven’t played since Sunday and are riding a seven-game winning streak. The Dodgers hope to advance to the NLCS for the fourth straight season. The Los Angeles Dodgers have been arguably the most balanced team in baseball all season, as the offense is fifth in runs per game and 10th in batting average, while the pitching staff is first in team ERA and WHIP. The Dodgers can win games with their offense or pitching, and they’re unbeatable when both are clicking the same day. Offensively, Cody Bellinger leads the Dodgers with 170 hits and 115 RBI while Justin Turner and Corey Seager have combined for 272 hits and 154 RBI. The Los Angeles Dodgers didn’t list a starting pitcher at the time this article was published. (Will edit)

The Washington Nationals had to fight for everything Tuesday night just to get to this point, while the Dodgers are rested and have been terrific at home all season. However, we've seen in the past teams that win the wild card are able to carry over that momentum and beat teams they probably shouldn't beat in a series. I'm not sure if teams thrive in the underdog role or playing that extra game keeps a rhythm of the regular season, but wild card teams are dangerous. Corbin is also very familiar with the Dodgers due to his time in Arizona, and he's holding current LA hitters to a .228 batting average and 51 strikeouts in 184 at bats. There's value with the Nets and the plus money.